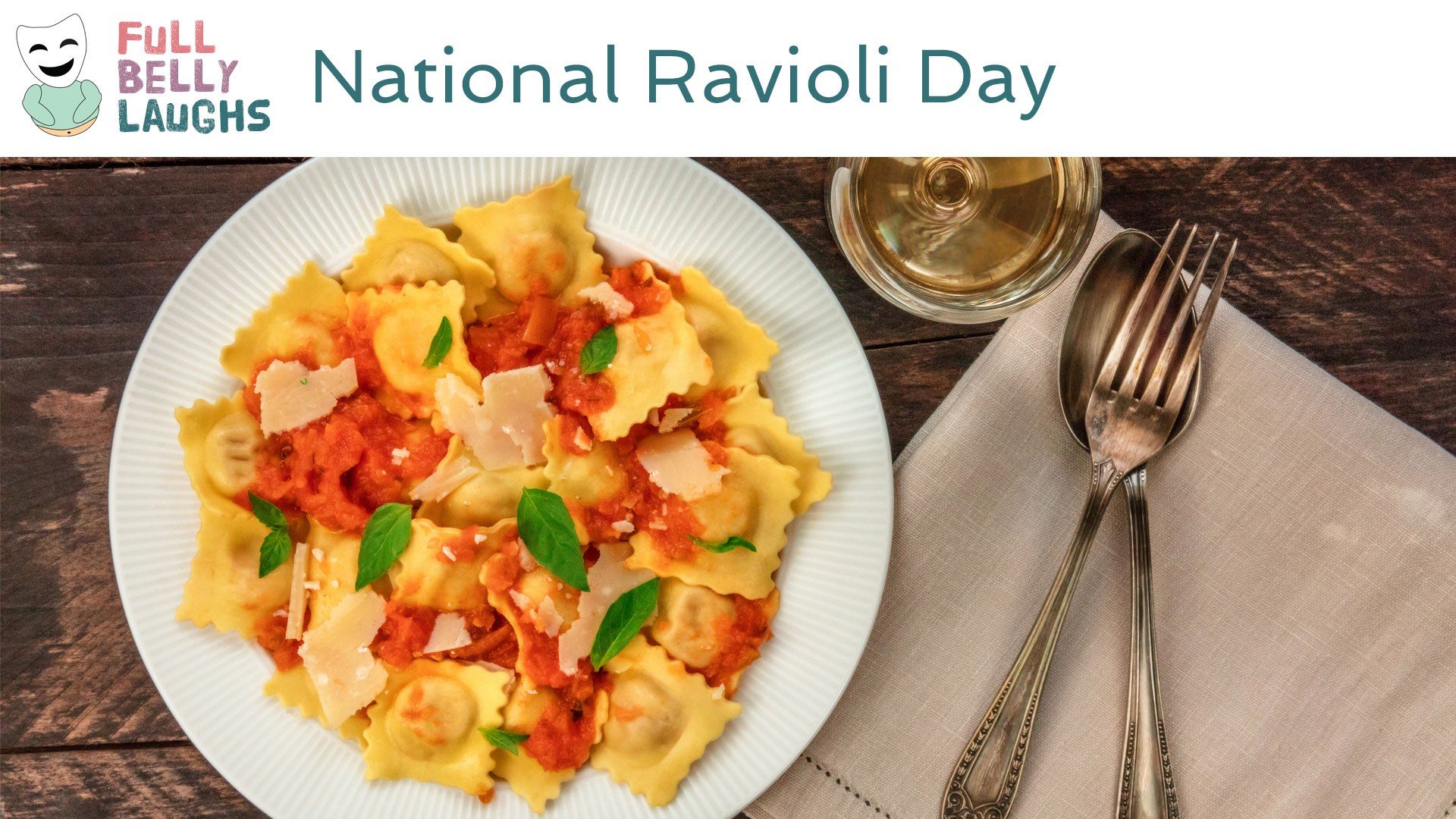 Raviolis Are the Pimples of Pasta

Every true fan of Italian cuisine knows that raviolis are like pimples: you pop them and all this white stuff comes shooting out. It's like how tortellini's represent divorce, because they are twisted up so tight ready to explode with happiness (because the couple is finally free). Raviolis by many Italian chefs are considered to be the teenagers of the pasta kingdom. Besides their association with pimples, raviolis also don't listen to their parents and start experimenting with drugs and alcohol. That's why so many raviolis can up eaten by humans; they are young, think they're invincible, and then the next thing you know a fat guy is throwing them back like potato chips.

People like love marijuana have their holiday of April 20th (420, also known as National Blaze It Up Dayyyyy—you need all extra y's or it doesn't count). For ravioli nerds, 320 is their version of Cannibals Christmas. Violis (as they affectionately call each other) come together to share their love for raviolis and zits. They watch pimple popping videos while eating the foolish teenage pastas. Considering how many raviolis die each day by humans, it's a miracle that the pasta can survive such high teenage mortality rates. And that's when the Violis bust out the big guns for their 320 party: a mature ravioli. It's rare to capture such a grown ravioli, since they are usually wise enough not to get caught (hence how they got grown). A mature ravioli has an exquisite taste. The Violis describe it as going down on your celebrity crush and the lube is truffle oil.

In this video, we are celebrating Ravioli Day. This comedy video will be short, sweet, and most of all silly. It will celebrate all things Ravioli in a totally humorous way. Enjoy!

Use one of the buttons below to share Ravioli Day with your social network. These food holidays are a fun time, so spread the love. Your friends and family will get a kick out of it.