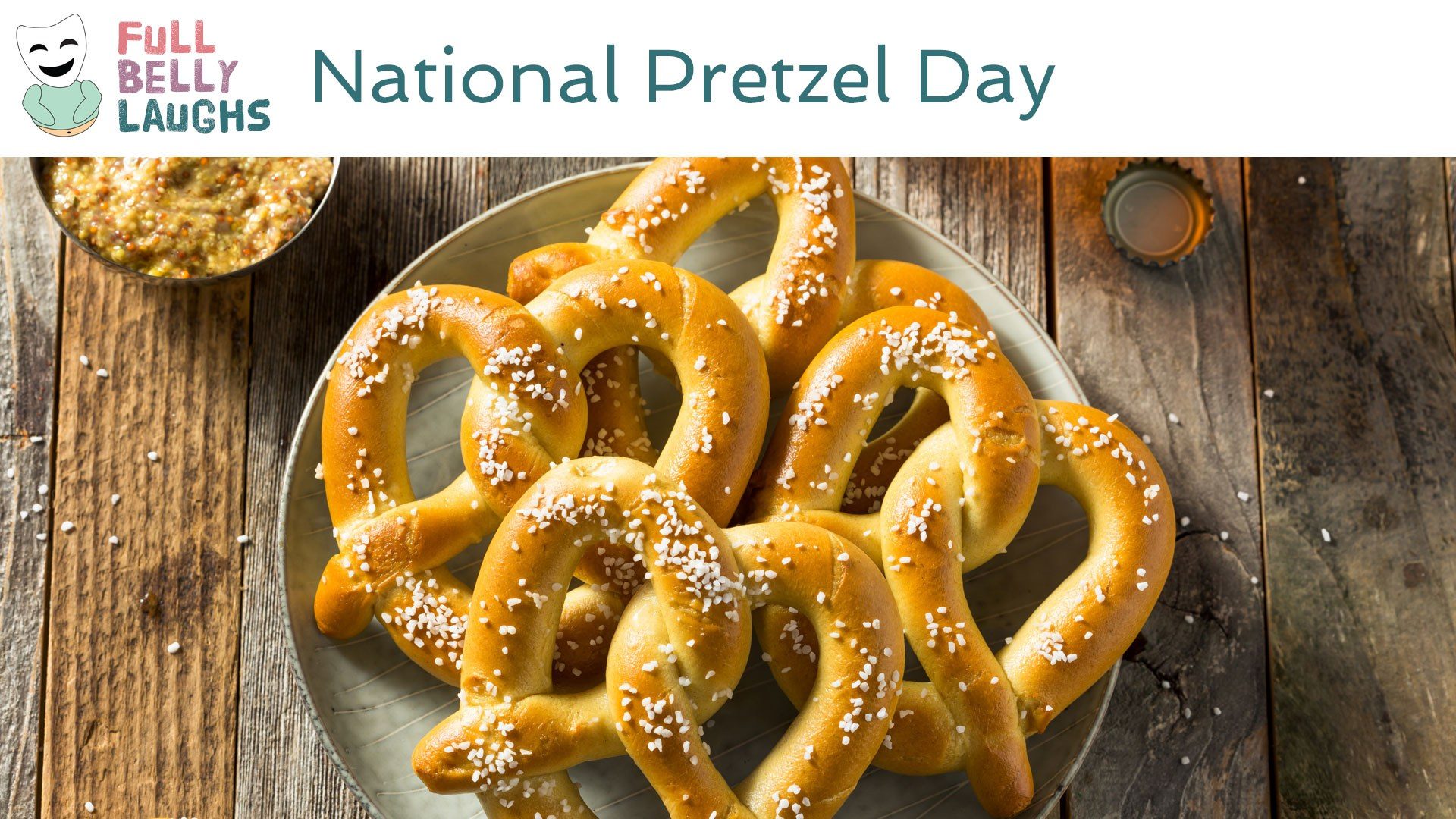 Legend has it that in 610 A.D a monk invented the first pretzel. The design was the monk's feeble attempt to recreate the image of a praying child (when the kid has their arms folded). Note that you needed that last note, and that this isn't common knowledge. That's how bad this monk's rendition of a praying kid turned out. In all fairness, this pretzel creator monk was probably not a pedophile. He might actually have been our savior. The horny gross priests that love kids probably wanted the baker monk to make them a treat that looked like a praying child. Lucky for us, he designed something close enough to pass but made enough that the symbol wouldn't stand the test of time. Good job, pretzel monk.

If the average American eats around 2 pounds of pretzels a year, then the average Philadelphia eats 24 pounds of pretzels a year. Yes this is a comedy site, but this is actually pretty accurate (also the praying kid thing was sadly real too, we didn't make that up). Philadelphians eat about 12 times as many pretzels as the national average, which is extra wild because Philadelphia's numbers count towards the national average. So this stat basically says that Americans don't eat pretzels, and people in Philly eat all the pretzels.

In this video, we are celebrating Pretzel Day. This comedy video will be short, sweet, and most of all silly. It will celebrate all things Pretzel in a totally humorous way. Enjoy!

Use one of the buttons below to share Pretzel Day with your social network. These food holidays are a fun time, so spread the love. Your friends and family will get a kick out of it.