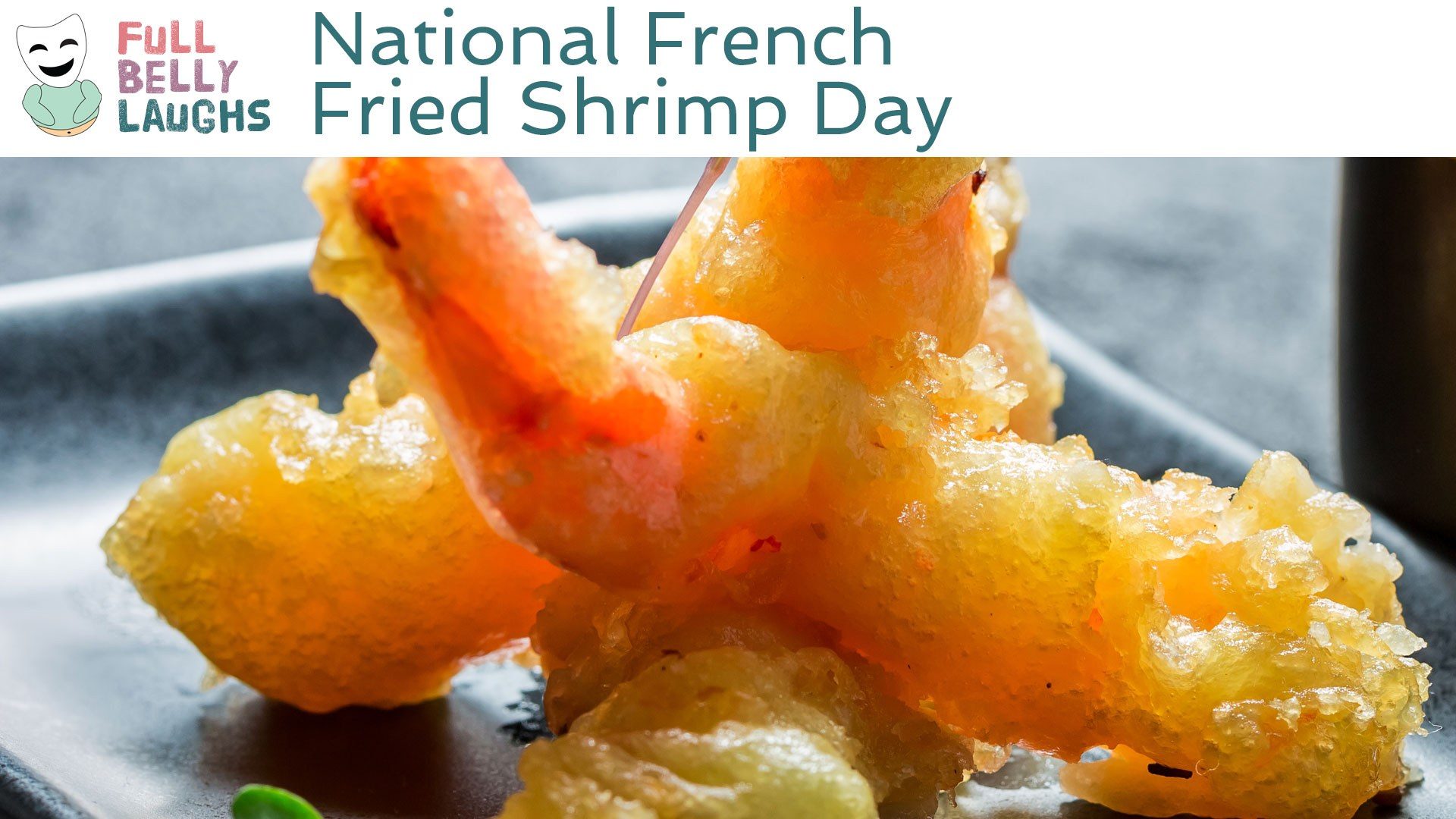 We Are So Dumb, We Are Really Dumb, For Real

It took me a good ten minutes to figure out the definition of "French fried shrimp". I googled the phrase to only receive recipes. Pretty frightening when you ask Google a definition and there is no rich snippet. So I had to consult the tomb itself: the site of the Food Holiday Creator. It was there that I discovered French fried shrimp is fried shrimp; the Food Holiday Creator just decided to put the extra "French" stank on the name. I mean ... why? Yes, I'm very dumb for not realizing this, but also do we really need to call out the French for this one? Has no one else figured out frying? More on this rant in the next section.

The Next Section, Where The Rant Continues

Use one of the buttons below to share French Fried Shrimp Day with your social network. These food holidays are a fun time, so spread the love. Your friends and family will get a kick out of it.