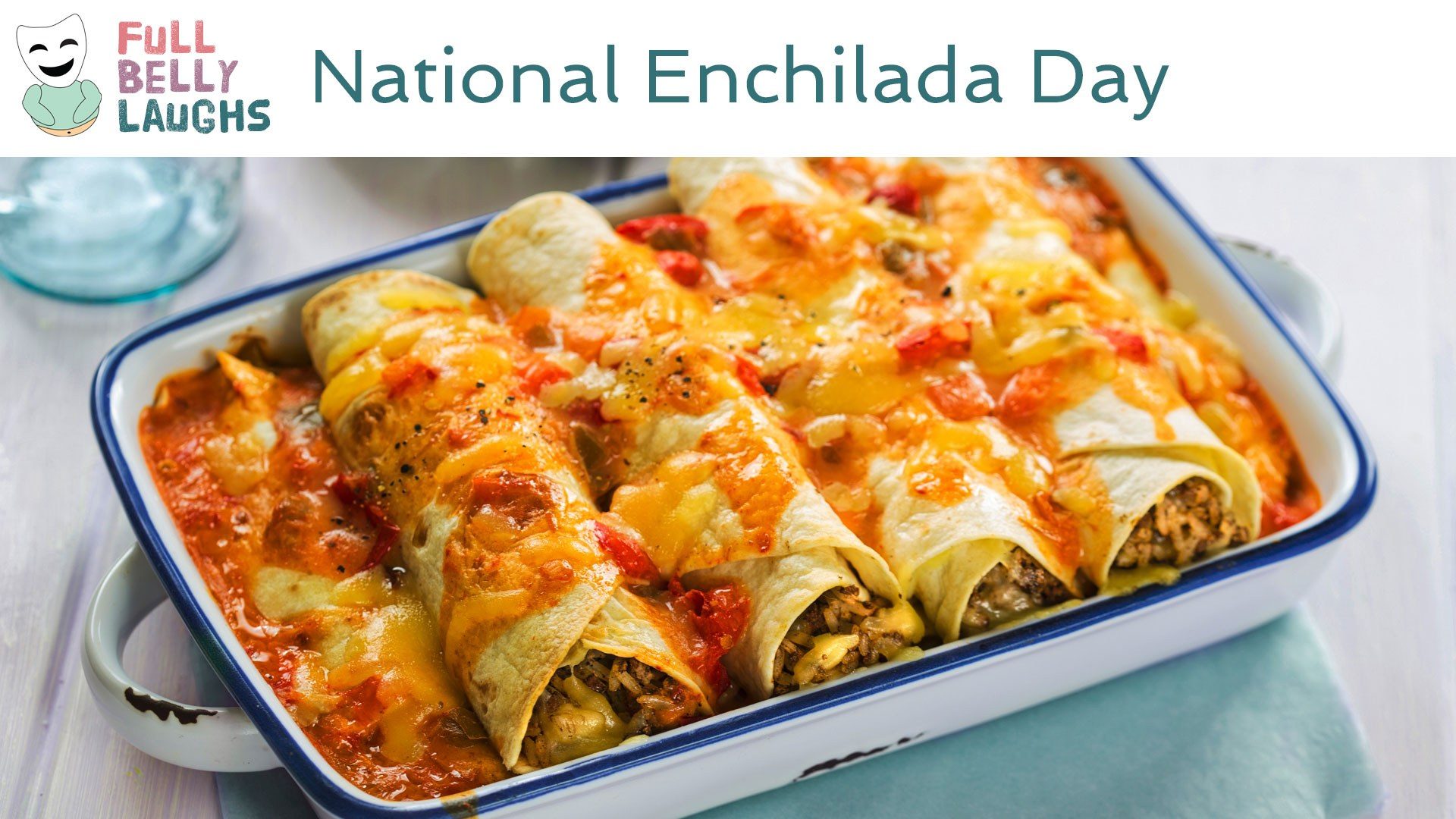 Enchilada Is The Most Fun Food To Order, Because Saying It Rocks

Name me another food that sounds as good to pronounce other than enchilada—actually we'll just move on, because if we actually did wait I would be here until I died. That's right, people, enchiladas got me so hype that we slipped into first person narrative for a second there. We're back to the royal "we", as if this site is maintained by a gang of dedicated comedy craftsmen (and ladies!). Side notes aside, you should pronounce "enchilada" right now. You can thank us later.

Why Is Enchilada So Much Fun To Say?

In this video, we are celebrating Enchilada Day. This comedy video will be short, sweet, and most of all silly. It will celebrate all things Enchilada - Cinco da Mayo! in a totally humorous way. Enjoy!

Use one of the buttons below to share Enchilada Day with your social network. These food holidays are a fun time, so spread the love. Your friends and family will get a kick out of it.