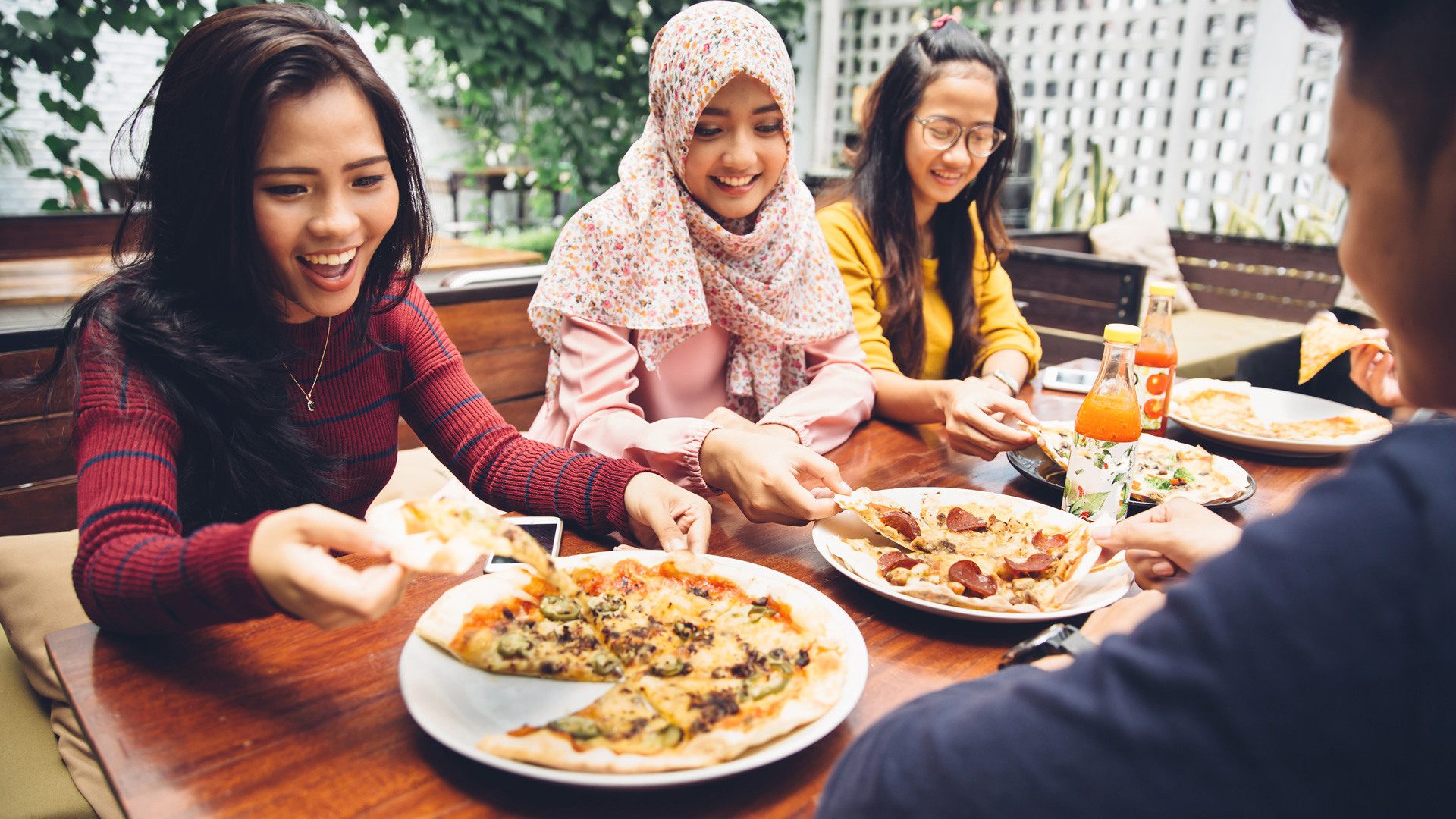 On January 27, 2017, President (shudder) Donald J. Trump signed an executive order banning refugees from entering the US. These refugees come from seven Muslim-majority countries. BUT IT’S NOT, LIKE, RACIST OR ANTI-ISLAMIST, YOU GUYS. It’s just, like, a total coincidence that he literally said the words, “total and complete shutdown of Muslims entering the United States.” (1) What he MEANT was, “this is not a Muslim ban.” (2) Riiiiiiiiiiight. The Immigration Ban was initially banned by a federal judge. It was then reinstated with some changes on March 7th. Now visa applicants from Syria, Sudan, Iran, Libya, and Somalia will be denied for 90 days. Fortunately, Iraq has been removed from the list. You know, Iraq, our main ally in the fight against ISIS? Iraq? Yeah. The president had to backpedal pretty hard on that one. If we can’t shake off the ban, we can take steps every day to embrace Muslims in our community. Besides calling, voting for, and learning about our local politicians, we have to get to know our immigrant neighbors. No one feels foreign from one another after a good laugh shared over a great meal. Satisfy your cravings for spiced meat while supporting local businesses owned by immigrants.

Below is a list of seven foods from each of the six nations barred from entering the United States. We have kept Iraq on the list to honor the people who have escaped to the US over the past 14 years. Also to support those fighting against the Islamic State. Each item on this list can teach the history of the people who make it. It connect us in ways we may otherwise not be able to. And besides that, they’re fucking delicious.

Much like their neighbors in the Gulf region, Iraqis pride themselves on their hospitality. Unlike the rest of their neighbors, Iraq was the only Arab Gulf nation included under the ban. Iraqi food reflects the bounty of its terrain. Qeema -- a meaty, spiced stew of garbanzo beans and prunes -- showcases this abundance. A predominantly Shiite nation, Qeema is often served during Ashura. Ashura is a day of remembrance. It honors the death of Hussein, grandson of the Prophet Mohammed (Peace Be Upon Him). The closest you can get to a Baghdadi feast around the 215, is Amasi Cafe at 18th and Cecil B. Moore.

Images of Persia conjure the rolling green hills and mountains of Iran. The rich art and culture all touched by magic. Nothing captures the whimsy and wonder of Iran like Rosewater Ice Cream. Rosewater originated from the region. Persian Alchemist Avicenna was the first to be able to mass produce it. It is used to clean the Kaaba at Mecca and to wash up after meals. It’s a hike, but Persian Grille in Lafayette Hill definitely has the best Persian food - try the ice creams!

Sujuk is a spicy, crumbly, fatty sausage best served with a glass of chilled Arak.** The dish can be found across the Middle East and the Balkans. It likely came to Syria with Armenian -- that’s right, you guessed it -- immigrants. Oh, yeah, by the way, Syria and Armenia have taken in each others’ refugees for decades. Most notably during the Armenian Genocide in the early 20th Century and throughout Syria’s ongoing civil conflicts. Try delicious Levantine cuisine at Alyan’s hidden on 4th and South. Get the hot, spiced meat.

Imagine a crepe, except it’s a little spongy. Also, it’s being made by a woman seated on the ground over a large, circular metal flat top. That's Lahooh. She tops the crispy/airy/magic confection with…. eggs and sugar? Trust her. She folds the giant pancake so it’s the size of your face. You dive in. Oh. My. Allah. Yemeni cuisine is characterized by its variety of breads. Lahooh is a street food that can be made with any number of toppings. Cheese, egg, Zaatar, spiced meat. You name it. We didn't find any places that specialize in Yemeni cuisine, but we got pretty close! Kanella, though a Greek-Cypriot restaurant, serves another delicious Yemeni bread, Malawah, for breakfast.

Shahan fuul is a popular Sudanese breakfast item. It's made of spiced fava beans mashed and served with bread and olive oil. It is similar to Egyptian Fuul Medames, except that it has to worry about whether it can get into the US under the Immigration Ban. You may have trouble finding a Sudanese restaurant nearby. But there is a Sudanese community in Philadelphia that you can fuul around with. Go to www.sacofgp.org

Somali cuisine is a delightful combination of all the cultures that have settled there. Turkish, East African, and European foods entered Somalia through colonization and -- ahem -- immigration. Again, it is tough to find specifically Somalian cuisine in Philadelphia. You can, however, enjoy a delicious cup of Haleeb Chai - sweet milk tea spiced with cinnamon and cardamom. Mmmm. Cardamomy. Use sweetened condensed milk if you really want to treat yourself.

Much like other North African nations, Libyan fare draws from African, European and Middle Eastern traditions. They are most well-known for Aseeda -- a boiled flour pudding served with lots of butter, and honey or date syrup. It is a sticky, sweet, amorphous and time-consuming treat. So, naturally, it's a celebration dish, usually served during the Eid holiday.*** You probably won't find it in restaurants, get your friends together and make some at home!

Get out there and make some friends! Mosques and cultural centers all over are bursting with activities. The point is we cannot let our differences divide us. We are all in this together. And we’re famished. Let’s eat! Footnotes: 1. Donald J. Trump, “Donald J. Trump Statement on Preventing Muslim Immigration,” https://www.donaldjtrump.com/press-releases/donald-j.-trump-statement-on-preventing-muslim-immigration, (December 7, 2015). 2. Donald J. Trump, “Statement Regarding Recent Executive Order Concerning Extreme Vetting,” https://www.facebook.com/DonaldTrump/posts/10158567643610725, (January 29, 2017). * Accurate. ** Anise-flavored liqueur popular in the Levant region of the Middle East. Think Ouzo for Arabs. *** One or more Feast Days celebrated in the Islamic tradition.