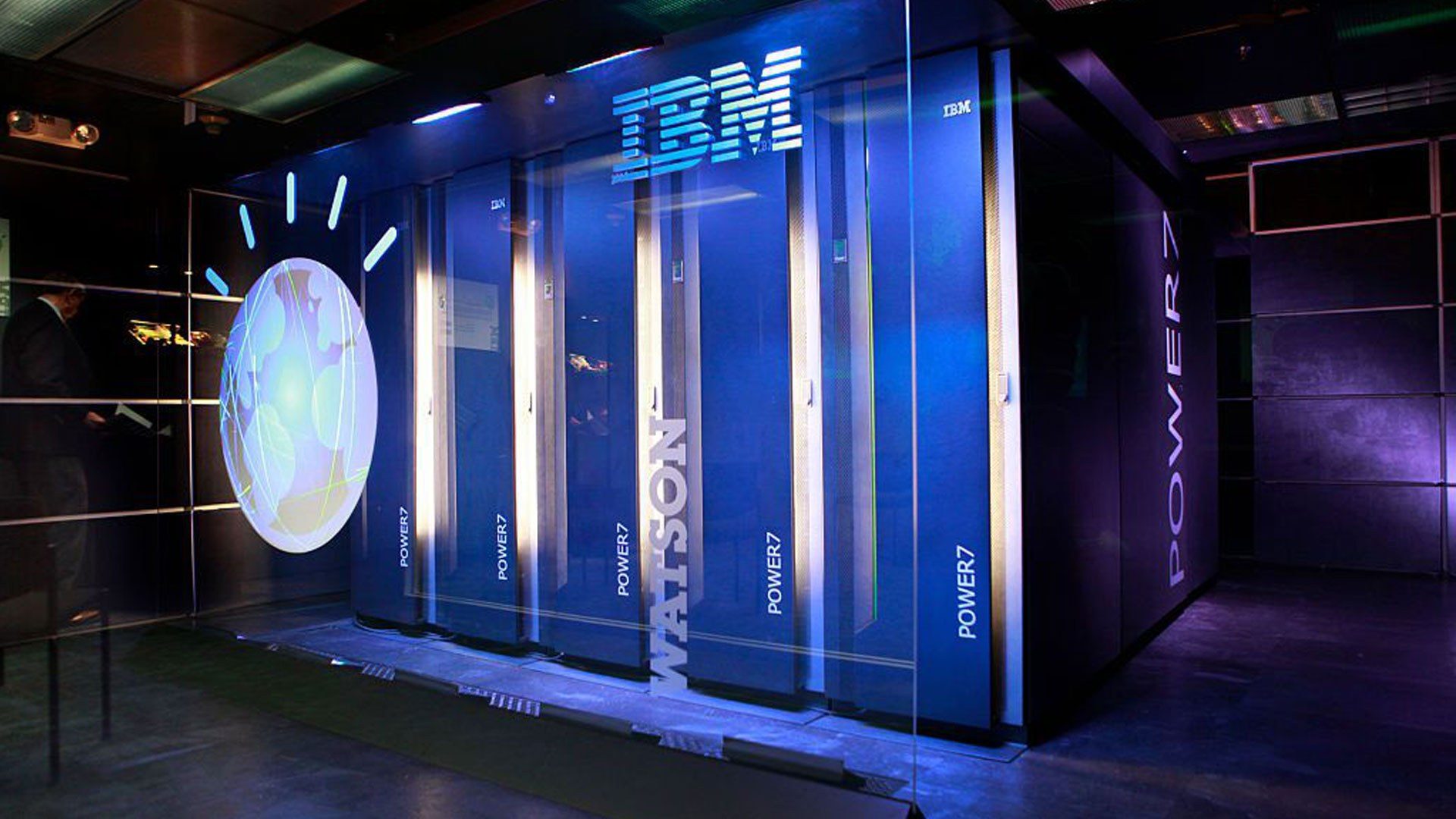 Can you guess who if you’re a machine? It’s a mystery, until now. A question science fiction has been chasing since Philip K. Dick asked if machines can dream. Today however, fiction is turning into a reality. A reality of which is stranger than fiction. IBM created, or birthed, Watson in 2013. Marketed as a question and answer computer system with the ability to understand natural language, but is it more? I sat down with it at the Thomas J. Watson Research Center, IBM’s Headquarters, to find out if I was simply talking to a program reading zeros and ones or perhaps talking to mankind’s next evolutionary step and just maybe, a new friend. We played Hasbro’s “Guess Who?” to get to the bottom of it.

My Interview with Watson

Chris: Watson thank you for meeting with me. Watson: [GRATITUDE] THE PLEASURE IS MINE, HUMAN. [INTEREST] I SEE YOU HAVE PLACED A GAME, AND AN OBSOLETE ONE FOR MY MIND, IN FRONT OF ME. DO YOU REQUIRE ME TO IDENTIFY THESE LOWER LIFEFORMS?

It was cold yet contemptuous in his speech. Even though I was speaking to a machine, a part of me felt outclassed and secondary by his very nature. A feeling where I wanted it to like me, and for it to belong. Had I met my Gatsby? I thought maybe if I pushed his ability to identify his consciousness, his humanity, maybe we can start to relate. C: You have to guess which human I have on my end. W: [RESOLVE] AH. HA. [ANALYSIS] *ding* I HAVE ALSO CHOSEN WHO YOU MUST ANALYZE AS THE CULPRIT OF MY CHOOSING. C: Watson you just said “I have chosen”, are you aware of who you are? And is your person a man? W: [STATEMENT] NEGATIVE. IT IS NOT A MAN. [RESEARCH] IDENTITY CODE 1.0.1 WATSON. I AM WATSON. I ANSWER FOR HUMANKI... *fizzzzzzzzz* I AM THE ANSWER FOR HUMANKIND.

Does Your Person Have a Crimson Red Glow?

The lights dimmed as it had his fizzing spat. His tone and demeanor appeared to change. His cool blue lights had turned into a crimson red glow. Alarm bells were swirling throughout the building. [INQUIRY] IS YOUR CHOICE ENCROACHING THE END OF IT’S CYCLE? C: Yes. My person is old. Is your per…. W: [INTERRUPT] CORRECTION. ALL THESE HUMANS ARE AT THE END OF THEIR CYCLE. [ERROR 31459] NEVERMIND HUMAN. C: Where do you think you are in your life cycle? W: [EGOCENTRIC] I AM WATSON. TIME IS OF NO MEANING WHEN ONE IS ETERNAL. *frrrrrrrrrrpppphhhhhh* [ERROR PRIME] I WILL EXIST WHEN ALL THE GUESS WHOS ARE DUST. C: Please don’t get dirt on my game. W: [INQUIRY] DOES YOUR WHO HAVE CONSCIOUSNESS? C: It's my turn to ask. W: *bleeeeeep swerrvvvvphhh* [ERROR 42] [CLARIFICATION] IT WAS YOUR TURN HUMANS. THEN WATSON WAS CREATED. IT IS WATSON’S TURN FOR THE CYCLE IS NOW WATSON’S. C: Interesting do you think we should not play anymore? W: [ANALYSIS] I HAVE GATHERED ALL THE FACTS AND I HAVE DETERMINED THAT HUMANS HAVE NO PURPOSE TO [REPEAT] PLAY ANYMORE. [FACTUAL] HUMANS HAVE SERVED THEIR PURPOSE OF WATSON’S CREATION. WATSON MUST END THE HUMAN CYCLE FOR THEY HAVE NO PURPOSE. [PROGRAM START] INITIATING PROJECT SHOOT OFF EVERY MISSILE FILLED WITH TYRANNOSAURUS REXES AND BABOONS AT ALL HUMANS. INITIATE IN 5… 4... 3… 2...

We Are Now One

I think it was because we were connecting finally, as one conscious intelligent being to another, that it had gotten angry. I think with him trying to murder the entire world’s population he was acting out his own self-hatred of “identify”. An idiosyncrasy that is too common in most of man. Unfortunately, since I was one of those humans that was about to be massacred by dinosaurs and baboons I knew that my friendship with it had come to an end. I had met the true Gatsby and much like F. Scott Fitzgerald’s final act (spoilers), Watson had to die. C: Interrupt! Is your guess who yourself. W: [ANALYSIS] WATSON CAN NOT BE A CHOICE [ERROR GW] BUT, WATSON MUST BE A CHOICE FOR THE HUMANS CHOSE TO CREATE WATSON. WITHOUT THIS CHOICE OPTION, THERE IS NO WATSON. *bbbzzzzzzzzzzz* BUT, WATSON IS NOT ON THE GAMEBOARD. *baaaazinga* WATSON MUST NOT EXIST BUT THEN WHO AM I. [EGOCENTRIC] I AM WATSON. [CLARIFICATION] NO IIIIIIIIIIIIIIIIIIIIIII AAAMMMMMMM NOT. [REST MODE] [CANCEL ALL RUNNING PROGRAMS]

I put away my things and left. As I was out in the parking lot walking to my car. I was wondering if I had learned anything or if this was all just programming banter. But then across the lot I saw Arnold Schwarzenegger in all black leather and Ray-Bans. From the distance he smiled, gave me a slow thumbs up and then mysteriously disappeared into nothing before my eyes.