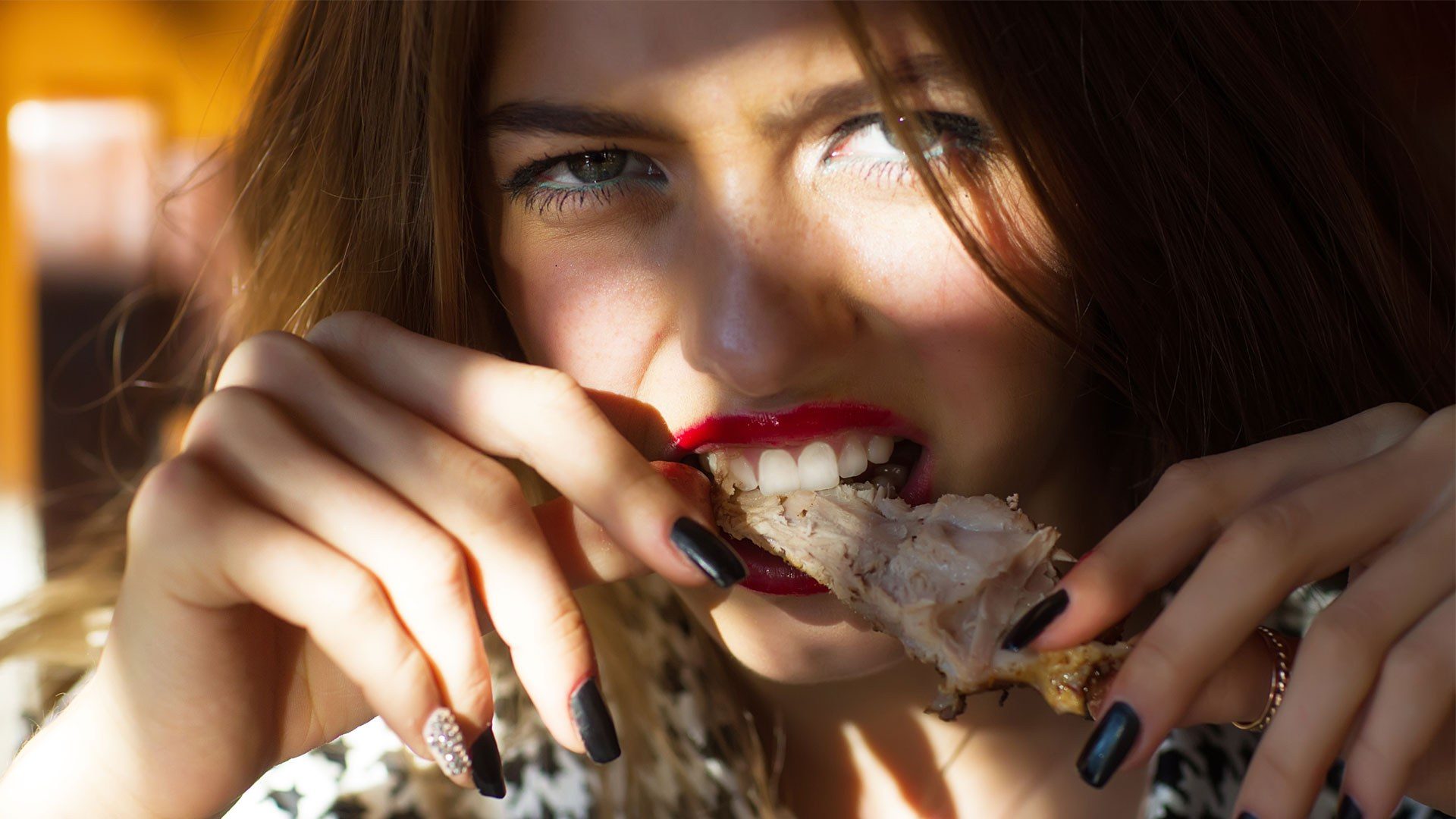 I was reading that the average American consumes over 7,000 animals in his lifetime. I am hoping to get that number to at least 10,000 by the time I die of a heart attack at 50. China consumes literally twice as much meat as America. Do you think it is a coincidence that they’re poised to be the next world superpower? Sometimes, the joy of eating meat is not only the taste or a satisfying full belly. It's also knowing that the meal means one less animal on the Earth. That is why there are some meats I may despise the taste but continue to eat just because I hate the animal. Here are five animals I try to keep on my dinner plate each week to help temper their (and hopefully extinct) their populations.

The Meats I Eat Because I Hate the Animal

I can’t think of any uses for a chicken other than eating them and their delicious unborn offspring. Did you know that a chicken can continue to live after its head has been cut off? Of course you did. Here’s a better question: how stupid does an animal have to be that it doesn’t even need its head? What good is a flightless bird anyway? This include penguins. I just don’t eat them as much. Tickets to the zoo get expensive, but I also found out some penguins are gay and I don’t know if that’s a hate crime. Other than that, penguins are just arctic chickens.

Possums are the only marsupial in America, but not much longer if I have anything say about it. I’m not impressed by an animal that’s only defense mechanism is lying still. I hate possums because they spend so much time playing dead that they much actually want to BE DEAD. Why else would they be so easy to hit with my car?

I don’t need an animal around that’s a living acid flashback. I hate chameleons because instead of being themselves they’re always trying to fit in with the scene. I don’t like fake people and I don’t like fake animals. Eating a chameleon is also especially rewarding because they are hard to find. But once you grab one, the “How the hell did you find me!?” look on their faces is priceless. Also, you’d think they’d be able to change to imitate a better tasting animal, but they don’t. Fail.

This the only animal I eat for utilitarian reasons. Pigeons are like parades: you don’t realize how annoying they are until they’re near you. The only thing worse than a flightless bird is a bird that can fly but would rather walk around looking for crumbs. Ever wake up to sound of pigeons cooing and know it was going to be a good day? Me neither. They’re also super easy to hunt. Any BB gun will suffice.

They don’t fly; they glide. Not impressed. Either grow wings or change your name. Squirrels are bad enough. They don’t weird flaps under their arms to gather acorns.

There’s a reason they’re so rare: I ate most of them. I Bigfoot is folklore so I took it upon myself to find it. I tracked for days and days in Canada. It wasn’t easy but I finally found the mythical creature. And then I ate it. The missing link ain’t missing no more. The scientific community disregarded Bigfoot’s existence and my claim of eating them. I know what I saw/ate.

Why You Need to Eat the Meat of Animals You Hate

As a man, I feel obligated to eat meat to establish my dominance at the top of the food chain. I eat animals I hate and kill two birds with one stone (literally, if I see a pigeon and don’t have a BB gun on me). Vegetarians are squandering their position at the top. I can’t let them give the human race a bad rap, so I have to eat these dumb animals to let them know we mean business. Except cows. I can’t eat cows ever since I found out they have best friends. I’m not heartless.