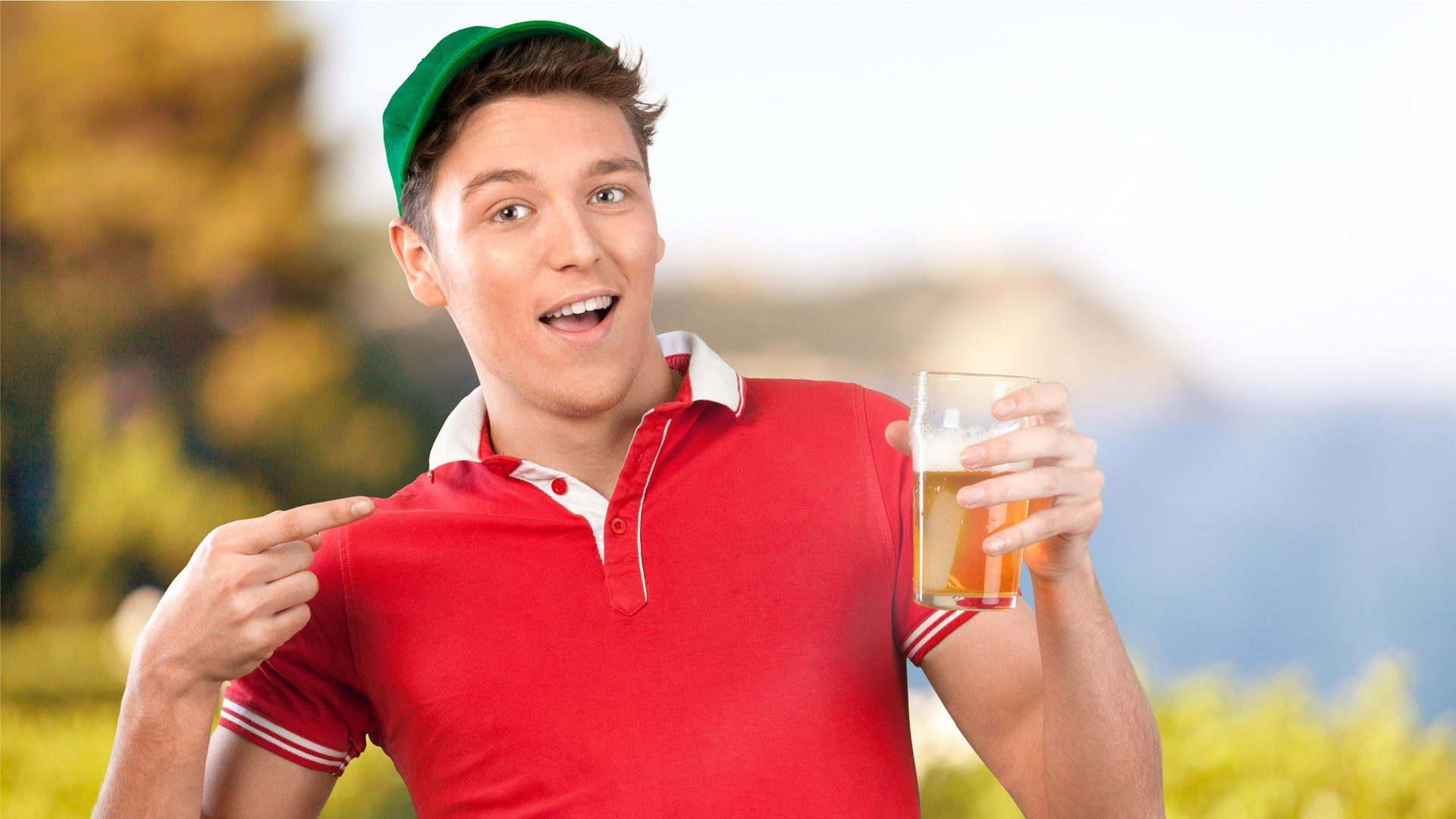 After a year of political tumult, America seems to have forgotten its most important issue: the drinking age. For a fresh perspective on lowering the legal age I turned to local teen Jimmy Henderson. Sean: Jimmy, I want to thank you for not only joining me today, but also refraining from egging my house and bullying my son. It’s great to have you. Now tell me, as a high school senior, exactly what is your stance on the drinking age? Jimmy: Listen, I realize there’s a lot of pressing political issues concerning the nation right now. But I think it would be amiss if we ignored one of the most archaic laws plaguing our nation. We need to consider passing legislation that lowers the national drinking age from twenty-one. I can tell you’re unconvinced.

If I Can Fight For My Country, I Should Have The Right To Blackout At An Applebee’s

Jimmy: Doesn’t it make sense that if I can enlist in the armed forces to kill terrorists, I should be able to chug four to five Bahama Mama’s? Granted, I never have, nor would even consider, signing up to join any military service – the Middle East sounds pretty far. And besides, I would miss playing Call of Duty after school at Greg’s place. Uncle Sam asks me to lay down my life for this country. To defend our freedoms of speech, religion, and belligerent intoxication. Shouldn't I be able to enjoy those liberties as an American? Sean: Well, the age of enlistment is a popular argument against the current legal age. It seems like you’re taking it-

I Already Have My Driver’s License

Jimmy: I've had my driver's license for almost six months now. Society has already entrusted me to pilot a Toyota Camry - with no other minors in the vehicle. Have you seen the Camry? You've put me behind the wheel of a compact, fuel-efficient death machine. And to this day I've ensured the safety of all my passengers and other motorists, give or take a cyclist. I've proven I can handle the consequences of driving. Why can't I handle the consequences of not being able to remember a single thing I did at Applebee's past 8:30? Sean: Okay, again, see where you’re coming from, but you keep going back to this Applebee’s thing. Do you think we could talk about-

Jimmy: That's right. My voice has stopped cracking during my social studies presentations. And that voice will determine the most powerful person on Earth. Yet it's illegal for me to have even one to seven syrup-based cocktails? As an adult in the eyes of the law and society, I take the privilege of voting with the utmost sincerity. In fact, I’m even thinking about making the electoral college my safety school. Sean: ...let’s move on. Some studies show that the human brain is still developing at your age. Other essential organs still developing include the liver -

Jimmy: What, you don't think I can hold my liquor? I'll have you know it was just last year at the Summer SlamFest I slung back nearly three Miller Lites. Before Dave even played Crash! And okay, some bystanders may claim that after my third beer I "passed out". And they may also claim that in the "Port-a-John by Lot G I up on Katie Tedford from third period." But these are merely high school rumors. I'm far too wise beyond my years to dignify such childish gossip with a response. But if I were, I would definitely tell Derek to cut it out. It's not like he's getting a date to homecoming anytime soon either. And you know what ...

All Teens Are As Responsible As Me

Jimmy: Now, I know what you're thinking. "This fine your man, he's clearly shown he's mature enough to enjoy alcoholic beverages. But surely he must be an anomaly." Sean: Well, actually I- Jimmy: Yes, you're correct I am very mature for my age. But it would be a disservice to my peers if I didn't posit that the modern teen is ready to drink. He is ready to come home after a long day of class to breathe, unwind, and rip eight shots of "Joseph Cuervo". Especially when accompanied by a family of four celebrating their father's forty-sixth birthday. In fact, I'd love to take you around my school to show you how ready our senior class is. Let me just ask Mrs. Anderson for permission to grab the bathroom pass. I can't walk the halls without supervision. After gaining access to the bathroom pass, Jimmy escorted me around the school. He pointed me to a community-based art gallery in the stalls. Next we witnessed a well-controlled experiment investigating the effects of huffing WhiteOut. These sights and Jimmy's arguments stuck with me. As far as this interviewer is concerned, these kids are more than ready for Half-Priced Thursdays.