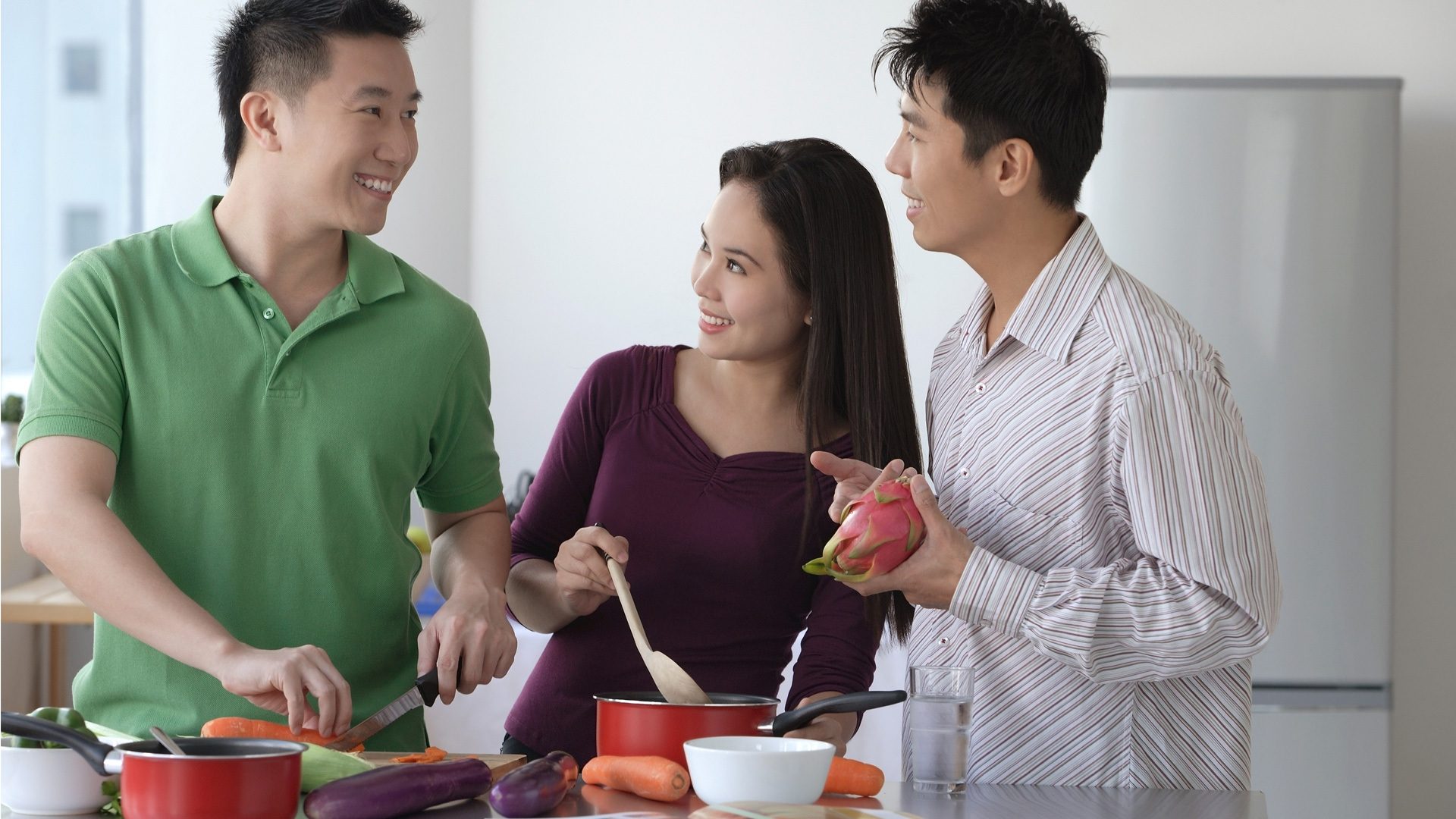 When guests are over, it’s always polite to provide them with a nice hearty meal. This is especially true for before and after the sexercise your wife and her newfound lover will get. But before we begin our adventure in culinary cuckoldry, you must find a mate.

This part is much easier than you think. Think of it this way: you know that single guy at the office that has all those pictures of him hiking through the rainforest? It’s that guy. It’s Dave, from marketing. Just go up to Dave and explain the situation. He’ll understand. Odds say he’s done this before, and he’ll definitely do it again. Your wife will appreciate you finding someone so exploratory. Plus, Linda totally won’t fall in love with Dave. I mean, that’s impossible. She’s already married to you. Having viciously beautiful sex with an athletic, shredded individual who’s definitely way smarter than you won’t backfire at all. But yeah, this will totes save your marriage.

Shopping for Food and Drinks

Where to Look for Drinks

It’s not about which particular liquor store, rather the type of liquor store. Try the one in the nice neighborhood five minutes away. It’s the one with the depressed 22-year-old creative writing major. Your office crush, Jenny, hangs out there a lot. Maybe she’d be interested in joining you? Wait, didn’t she used to sleep with Dave? Are they still a thing? If you brought her over, wouldn’t she just join your wife and let Dave get a two-for-one deal? Such questions will haunt you for the 7 minutes you inhabit the store. During that time, you can reminisce about the 30 seconds you and Jenny talked about that Breitbart article you posted on Facebook. She seemed really into it.

What Drinks to Look For

Where to Look for Food

Let’s be honest here. You’d do anything for your wife. Hence why you’re looking for guidance in this article. However, no one ever said how hard you had to try to do things for her. Go to that sketchy bodega for the food you’ll need. Are the instructions on the box written in Laotian? Who cares? It’s the thought that counts. Or lack of thought, in this case.

What Food to Look for

Look below and behold. Funny, that’s the same thing Dave will tell your wife.

For the pre-sex meal, you want to keep it light. You definitely want to lower the amount of messes you have to clean up tonight. The move to make here is a light meal. For tonight, try some Broiled Oysters with a Nice Chardonnay. The chardonnay will help lighten the meat (not Dave’s meat), but heighten the sexual tension. The broiling will make the oysters nice and steamy. Steamy, like how Dave and Linda will be in half an hour.

The deed is done. And hoo boy! You haven’t seen your wife this happy since that time you went on that business trip. What could they possibly want now? Well, after getting more exercise in 30 minutes than that P90X DVD has given her in 5 years, she probably needs to load up on some carbs. Give em’ something of the (Olive) garden variety. Cook up some Fettuccine Alfredo with a Sauvignon Blanc. The pasta will fill up your wife in a less sexual way than previous. The Alfredo sauce plus the white wine makes for a sweet and creamy mix that helps lighten the mood. Plus, the Alfredo sauce is extremely representative of the “sauce” that Dave got on your wife’s stomach.

A Little Treat For You

Get yourself two Snickers bars. Mash the two together. It helps simulate what just went inside your wife.