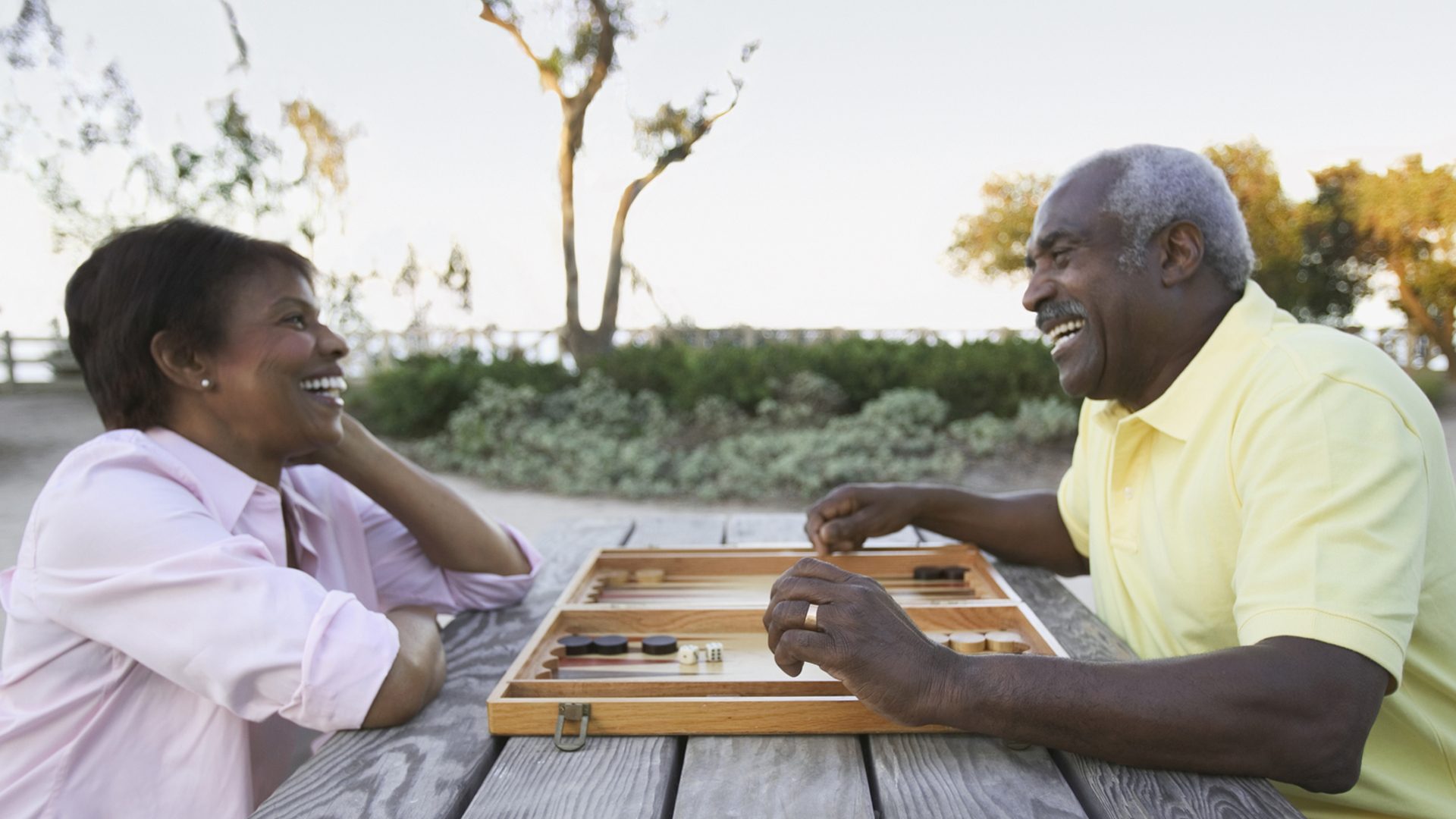 Board games for couples is big business. People in long term relationships fight, and there is no better way to fight than through gaming. Why argue about how to lay the pipe when you can bust out Ticket to Ride and argue about laying track?

Board Games for Couples That Aren't Fighting (Right Now)

But couples aren't squabbling all the time, especially when a couple finishes fighting. The make-up sexy times that bring them back together is key to every relationship. And the best board games on your shelf for that occasion are the ones that included sweet jams on a CD.

Yes that's right. Some board games include soundtracks. They either enhance the gaming experience by setting the mood or acting as a timer for the game. But at make-whoopee-o'clock, these hot tracks set the pace for humping. Here are the best board games with soundtracks that can play during love making.

The Last Night on Earth is intended to set a creepy mood. But if you find candlelight sensual and spooky, then you'll want to pick up this game and CD. LNoE is a zombie survival game where you play as heroes of a small town fighting off a horde of undead. That might not sound hot and steamy at first, but don't discount it yet. In a time of crisis you might be turned on, like an evolutionary last ditch effort to pass on one's seeds.

A Touch of Evil

If zombies ain't your thing, then try A Touch of Evil. It has witches and ghouls instead of zombies, so it's a totally different game. Which means it has a totally different soundtrack! Pop in this CD to help set the mood of a vampire role play. Before the end of this soundtrack somebody will get a stake somewhere.

Escape: Curse of the Temple

A nice break from the horror genre, Escape: Curse of the Temple helps you and your mate get busy quick. Most couples when they want to have sex, end up taking way too long. Researches that I just made up reported:

After studying several couples in American society, we've concluded that most sexual intercourse is lasting longer than anticipated or desired by the parties involved.

These researches suggest wrapping up, in more way than one. But Escape: Curse of the Temple provides the most eloquent solution. The soundtrack included with this game acts as a timer. The tempo speeds up as the track comes closer and closer to completion. As you pump to the beat, you and your partner should also be coming closer and closer to, well, you know ... the dryer finishing that down comforter.

Believe it or not but Squeak, Squawk, Grunt, Whistle is not a novelty sex game. It's an animal bingo game. And it's a sure fire way to get the blood pumping in everyone's danger zones. There is nothing more raw and visceral than animal noises. Those primal calls will put any spouse into heat. If it's been a minute since you visited Poundtown, and you need some aggressive encouragement, no game soundtrack does it better.

So the above mentioned board games for couples don't tickle your fancy. There's still a way you can bang to a board game soundtrack. Not every game comes with a dope CD for grinding. Use your board game night playlist to score your passionate coitus. Board game night mixes tend to be popping. When in a jam, pop on the songs that remind you of Broadway and Baltic Avenue. You'll be cuddling naked after some hot sex in no time!