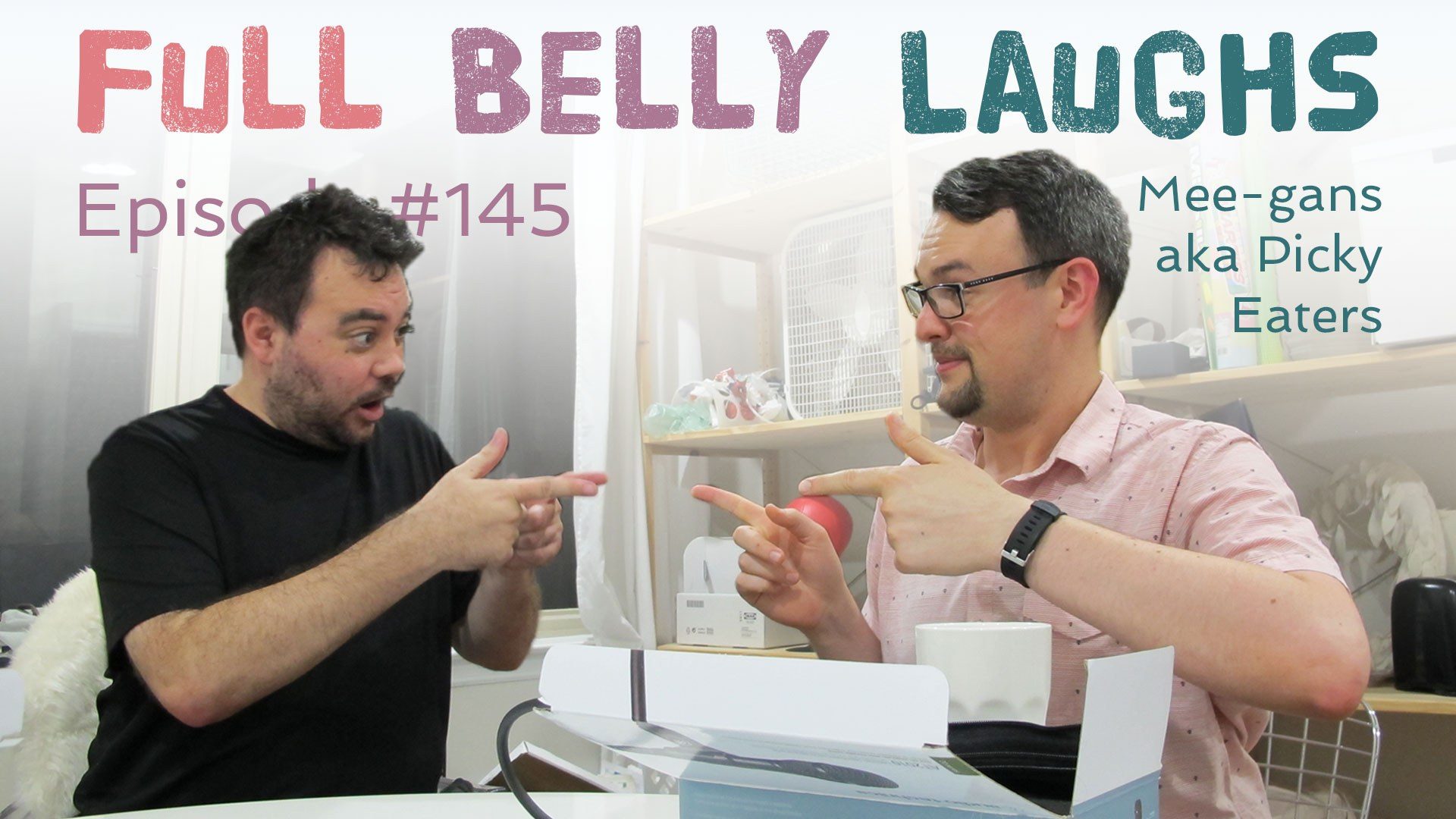 Use the audio player below to enjoy Full Belly Laughs Podcast Episode 145: The Pickiest Eater.

Picky eaters are so fascinating. It's amazing what they will and won't eat. Some people don't eat veggies or fruit. And that some person is our featured guest on this episode.

Mike Fenn joins host Brian Durkin in his home for a great conversation about food. Mike reveals his very picky eater behavior. For example Mike can't remember the last time he had a fruit or vegetable. Brian tried to trick him to admitting he liked chocolate-covered strawberries, but Mike didn't take the bait. That's because he also hates chocolate. It was a fascinating and interesting conversation. After they talked they played some quick rounds of Super Fight.

What to Do About Picky Eaters

Literal nothing. People like what they like, and those things don't have to be the same as you. Everyone is their own person. If Mike wants to eat only meat, cheese, and rice that's his prerogative.It is highly unfortunate though to learn that someone is a picky eater after going out to lunch or dinner. There is nothing like taking someone like Mike to Saladworks only to watch him ask for a bowl of chicken and cheese. To avoid this be mindful when inviting someone out to eat. Just like you would ask about allergies, ask if they have any preferences. This goes for the restrictive or picky eater. If you're avoiding carbs, fish, animal products, etc. then you hold some responsibility to communicate that up front. This will just avoid headaches later and make for a good time.

Meet one of the most pickiest eaters ever.

Notorious picky eater Mike Fenn joins Brian Durkin for a conversation about his culinary hang ups. Read or listen to it now.