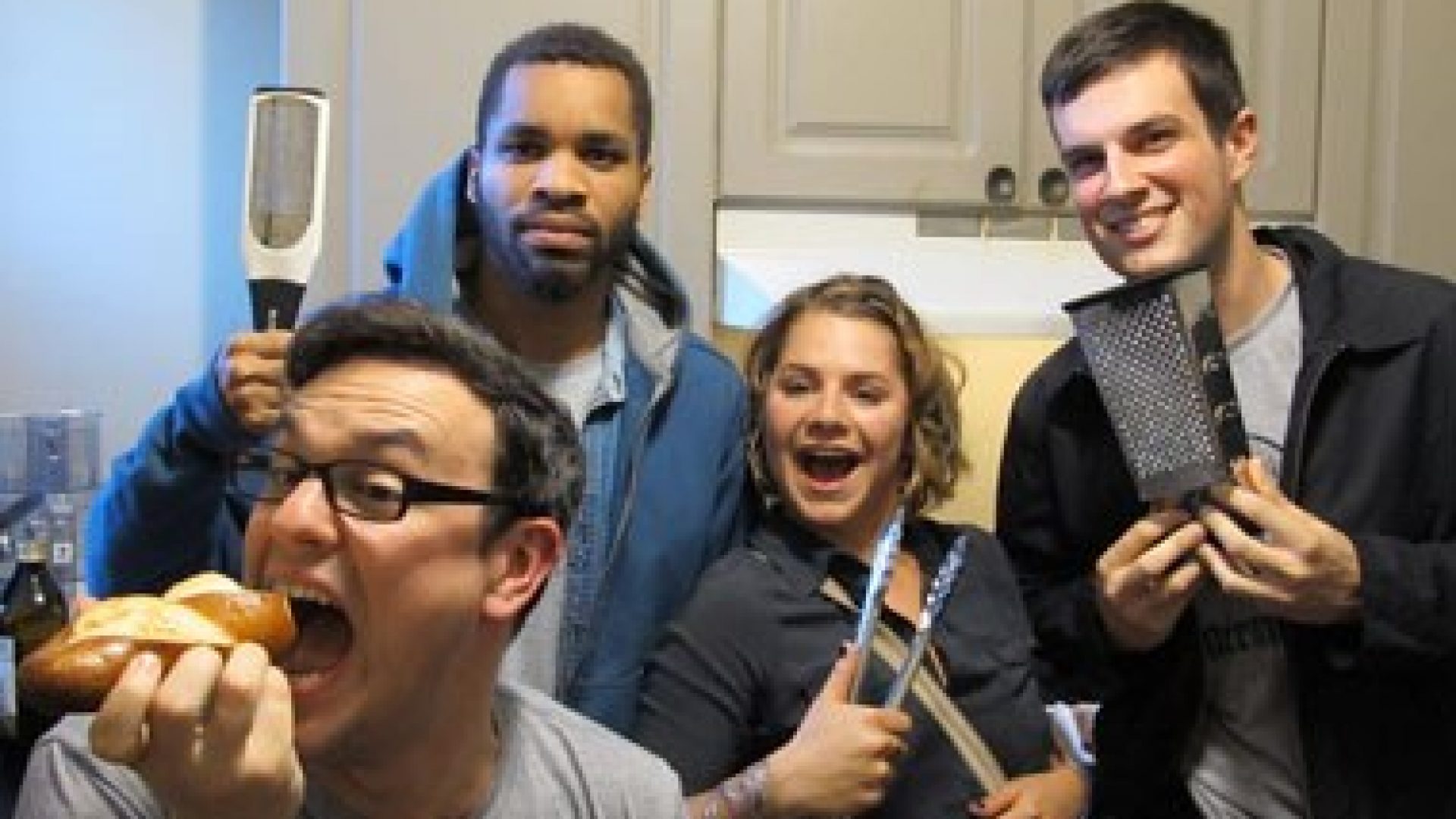 Use the audio player below to enjoy Full Belly Laughs Podcast Episode 42: Why Magicians Love Maggiano's.

It's a fact that magicians love Maggiano's. The restaurant has everything to offer a card-slinging planeswalker. It's no surprise that at the end of the day duelists flock there after a long gauntlet of battling with cardboard.

Magicians Love Maggiano's for the Value

Any self-respecting Magic: the Gathering (MTG) player values value. For civilians, value is any advantage you can gain. It's like when Burger King slips in a couple onion rings with your fries. That's value! Since duelists are after the best bang for your buck, it's no surprise that all-you-can-eat restaurants are a top choice.Maggiano's takes it a step further. Since it's family-style, the shared plates create the perfect hedge for a player trying to game the system. Not only can you try out each item on the table, but you can order infinite rounds of whatever you deem the highest quality. The only way you can lose if not selecting a particular dish in the first place.

MTG players are gamers, and ordering at Maggiano's is certainly a game you want to win. Magicians love Maggiano's because it's about identifying the best value plates, while balancing the politics of the table. Most people don't order the banquet multi-course dinner by themselves, so you need a game plan to win over your friends. Here are some hot tips to make the best of your experience, and ensure the group orders what you want.

Don't pay extra. Spending more money is a minus, and hurts the overall value of the meal. Unless your local Maggiano's is offering some absurd app, or you just feel like balling-hard, save any additional funds you want to spend for more important courses.Make sure to name several appetizers you want, but don't commit too hard to anything. Try to nominate the most agreeable options or back up other suggestions at the table. The appetizer course is important, but you don't want to lose your bargaining chips early. The dinner course is the real meat of the meal, and if the table thinks you had too much influence during apps selection then they'll discount your opinion later. If anything, try to steer the conversation towards the dinner course if this seems to be the case.

Don't weigh in at all. If anyone shows signs of caring, let them choose everything. If someone at the table is foolish enough to get trapped picking both salads, it's an easy way to politically remove them from deciding the other courses. "But George, you chose both salads so let's go with Megan's choices for apps." You never want someone to have the power to say that to you. Stay out of this conversation.You don't want to play your hand that this course doesn't matter, because then anyone that made the salad choices is now back in for debates on other courses. You could also try this as a power play: choose the salads and convince everyone it doesn't matter so you can choose other items.

Depending on the size of your party, this is where you'll need to make a choice. In fantasy football you usually need to decide between strong running backs or wide receivers. Same goes for Maggiano's. If you value excellent pasta choices, you lose voting power during the entrees. The reverse is true, so if there is an entree that you must-have, then don't throw too much weight around on pastas.

This is a trap. You already signed up for 4-5 courses of unlimited food. Don't spend extra for a sixth.

This is another category that many people will value highly, but it's a misplay. Depending on how many rounds the table orders of each course, the table might not even gorge hard enough on dessert for it to matter. Also desserts typically don't travel as well as leftover pastas and entrées, so to enjoy max value you need to consume at least 2 rounds of dessert. It's unlikely this will happen, so again save the majority of your voting power for pastas and entrées. Best advice would be to trade dessert picks to win the table's favor on your selections for dinner.

If magicians love Maggiano's for the value, at what extent does the pursuit of value raise ethical concerns?A great example is maxing out on leftovers from Maggiano's. How the gambit works is the table orders another round of a course even if they have no intention of eating it. When the next round of the course hits the table, 2-3 people start adding some to their plates. They pick around at it, then when the servers come back ask to wrap up their "leftovers". This is when the table jumps in and everyone says, "Actually let me take a little bit of that as well." Next thing you know everyone scored an extra course to take home. If you do this for every round it turns the experience into a full meal and a free takeout meal. It also blatantly violates their advertised policy of no taking home full courses during banquet dining.Why does it work? It exploits the fact that they would throw out the food anyway after it hits the table, and it's in the best interest of the servers to let you do it. They make their living off tips, and starting this fight hurts their wallets.

Before your next Maggiano's outing, you should consider the menu and your companions. Think about their preferences and try to imagine them selecting courses in your mind. With this preliminary thought exercise you'll be ready to go when it comes to ordering with a group.

A Solid Squad of Funny People

I would happily go to Maggiano's with this squad.

As a member of Laughs on Philly, this dude has shows for days. Stay connected on Twitter.

If you stalk her Instagram you already knew she was on this episode, but follow her anyway to stay on top of all her fun activities.

He don't tweet and he ain't on the 'Gram, but you can be his friend on Facebook.

Andouille with Stuff in a Pretzel Baguette

The key to this meal is the ability to shop at Whole Foods. So first you'll need a Whole Foods within a reasonable proximity to your home. Next you'll need the actual funds to shop there. Finally you'll need to self-confidence to stand by your decision to actually shop there.After you jump through those hurdles, the meal is quite simple. Bake the andouille sausages in the oven for like 20 minutes on 400 degrees. You're looking for internal temps of at least 145 degrees. While that's happening saute some onions, peppers, and mushrooms in a pan. When all of that finishes, slice open those baller pretzel baguettes from Whole Foods and assemble. Consuming them yourself is optional.Editor's Note: Adding a recipe to an article about why magicians love Maggiano's in no way means Full Belly Laughs disrespects the community of gluttonous, value-hungry, degenerate, all-you-can-eat-loving card gamers.

When I'm not doing stuff for Full Belly Laughs, I have a few other comedy projects I run.

Excuse Me: A Stand-Up Showcase with Welcomed Interruptions

A stand-up show goes awry when the headliner hangs out on stage and interrupts each act. The comedians join the headliner in the fun by sticking around to heckle the next comedian, culminating in all the comedians ruining the headliner's closing set.It's a monthly show and our next performance is this Thursday.

Take a lyft in this crazy Uber Pool as contestants attempt to drive a car full of comedians in character. A panel of real drivers will help the audience judge who deserves the coveted 5-Star Rating.If you ever thought ride share was weird, especially Uber Pool, this show is for you! The premiere is this Friday at Good Good Comedy Theater.

Thanks as always for spending your time with us. You could have been doing anything else with your time, but you choose to read this article (and hopefully listened to the podcast). Maybe you're a member of Magicians Love Maggiano's Philly, but it's unlikely since that's not a real thing ... yet. In any case thank you!

On this podcast episode we discuss the best ways to order at Maggiano's. Read our comprehensive guide and learn how to order.