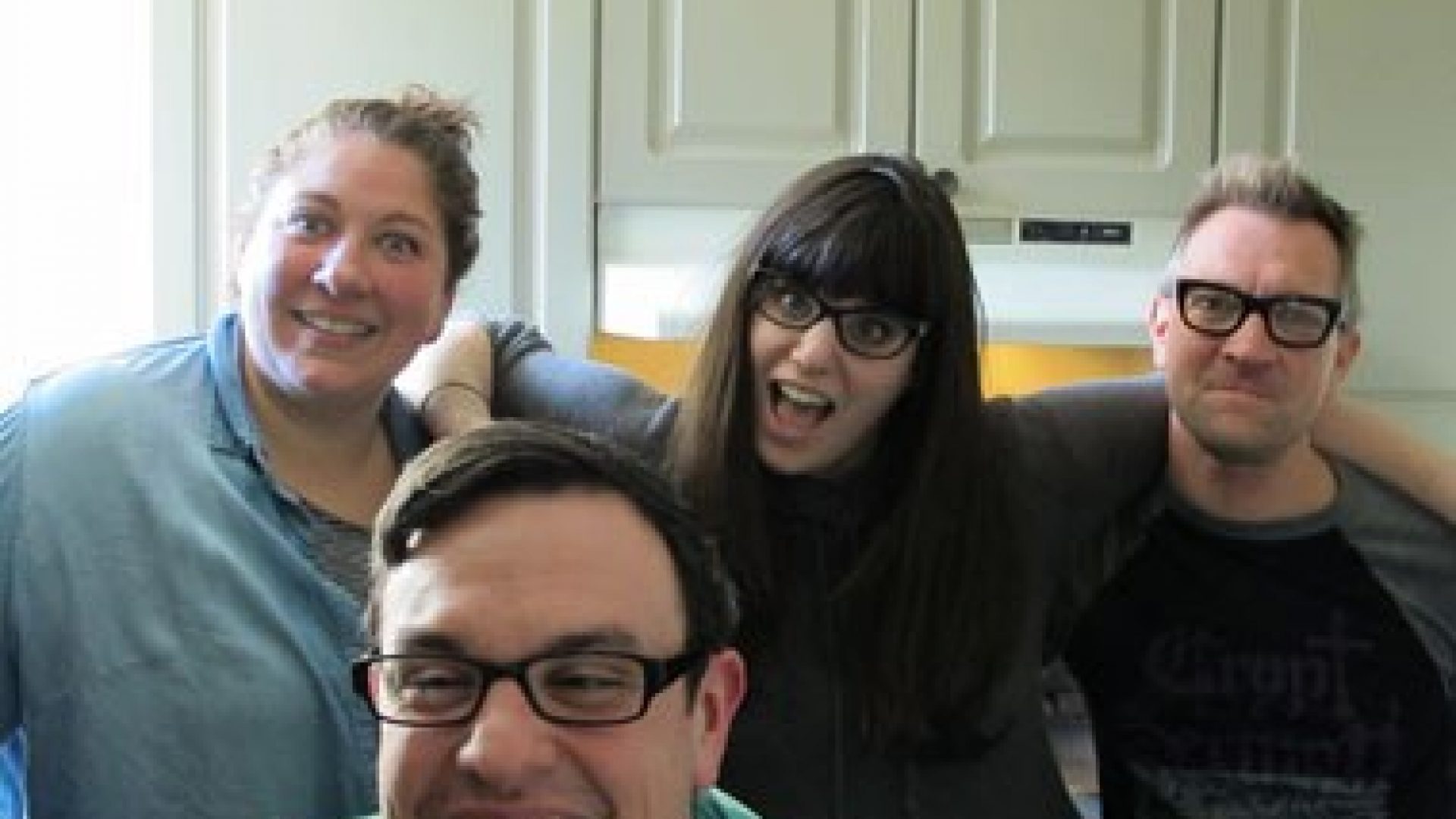 Use the audio player below to enjoy Full Belly Laughs Podcast Episode 43: How I Met Your Mother Finale.

The HIMYM finale review you never asked for and only maybe wanted, it's time to dig into why this is the greatest sitcom of all time.If you already hate me for this stance, I implore you to actually read on. But by all means please jump straight to the comments if you can't contain your boiling rage.

It was the finale the show deserved, it just wasn't the finale civilians wanted.SPOILER ALERT: Legit going to allude to things that happen in the finale and the show.2ND SPOILER ALERT: That previous spoiler alert was soft. We're going to for real write about stuff that actually happened at the end of the show.People who watched the show for funsies only may not have paid attention to the foreshadowing leading up to Tracy's death. Here's are some big clues:

Leading up to the HIMYM finale, Ted Mosby has taken 9 years and over 200 stories to tell the origin of how he met their mom. I always wondered, "Why is the Mother not sitting with Ted chatting with their children on the couch?" It always felt odd, and when it's revealed that she's on the donzo list it makes sense. Also it's a great excuse as to why Ted is telling the story in the first place. In "the present" according to the show, she's been dead for some time. It's perfectly reasonable that the kids, now older, would ask Ted more about her and subsequently his life before them.

In episode 20 of season 8, Ted makes a curious speech to his future wife. It's a heartfelt and beautiful message to the love of his life. Why is it weird? Well assuming everything is happily-ever-after with Ted and Tracy, why is he begging for this extra time? He's tearful, like something is lost or missed. I remember when I saw this episode for the first time and it just felt out of place. I enjoyed the speech but didn't fully understand it. With the full picture of the entire story of the show, the HIMYM finale ties this episode up. With an alternate ending, The Time Travelers wouldn't make any sense in the narrative of the show.

In episode 19 season 9 the writers give us the most obvious foreshadowing that Tracey is six feet under. At the end of the episode, Ted finishes the story of how Robin's mom arrived at the wedding, commenting that it's a surprise ending. Tracy questions Ted's assessment by stating, "What kind of mother would miss her daughter's funeral?" Ted goes silent and is overwhelmed with emotion, which Tracy notices so she changes the subject. Ted acts this way because he knows the mother is dead.

If Seinfeld is the funniest sitcom and Arrested Development has the most rewarding arc, How I Met Your Mother is the perfect sitcom. For starters the HIMYM finale didn't bend to the whims of fans. The creators stuck to their guns and delivered the ending the show deserved. All great shows do this.So why is How I Met Your Mother perfect? It breaks the format of a sitcom in the most interesting way. By having Ted as the narrator and the audience in the perspective of his kids, the show can break the rules of time and space with realistic and fun consequences. For example in the episode The Mermaid Theory Ted can't exactly remember the details of what happened, so the story is told many times with new twists. In Last Cigarette Ever, we learn the gang has been addicted to nicotine for years. But the characters are never shown smoking in scenes prior to this episode, because like Ted's children we assumed they didn't smoke. And how could we know until Ted tells us?Best of all the show justifies no adult language. Obviously these characters in the real world would be foul-mouthed, but Ted isn't going to repeat those words to his kids. It's a creative way to accommodate the FCC rules, while also keeping the story real. No other sitcom has ever done this, and I'm hard pressed to think of another way a new show could do it better.

So Many Great Shows

Maybe you missed the boat on watching the HIMYM finale, or the show in general. That's okay. We all have our own How I Met Your Mother. On this episode of the podcast we cover everything from HIMYM, Orange is the New Black, and Mr. Robot.SPOILER ALERT: There are no more spoilers ahead.

Here's the gang of funny people who ruined the ending of How I Met Your Mother.

She's our most frequent and favorite guest, so follow her on Twitter. Brian and Amanda put on a lot of comedy shows together, so following her is like an extension of the show.

Another return guest who is just simply the best. Follow her on Twitter so you don't miss any announcements about Jillian and Brian's exciting new project.

An all-around great and funny dude, don't just follow Greg – be his friend on Facebook. He's always performing on really dope shows so check him out.

This is what I made for the gang and they really enjoyed it. I sear my tofu in a saute pan or a flat griddle jawn. Just spray the vessel with oil and that's good. If you're in a hurry just toss the sliced firm tofu with soy sauce. If you have time to be fancy, marinate the tofu in hot sauce, honey, soy sauce, and rice wine vinegar. Steam some broccoli and carrots. Saute some onions, tri-colored peppers, and bean sprouts. Boil some udon, sudo, or somen noodles. Combine and serve.

If you enjoy listening to the show, join the fun and be in our live audience. The next performance is at the Philly Improv Theater on Thursday November 3rd at 10:30 PM.

Thank you as always for reading and listening. You could have done anything with your time, but you choose to spend it with us. Thank you, thank you, THANK YOU. See you next time when food meets funny on Full Belly Laughs!

We chat about TV, spoilers, and the nature of what makes a great sitcom.

Comics discuss how the HIMYM finale is the only way the show could have and should have ended. Listen to their thoughts now.