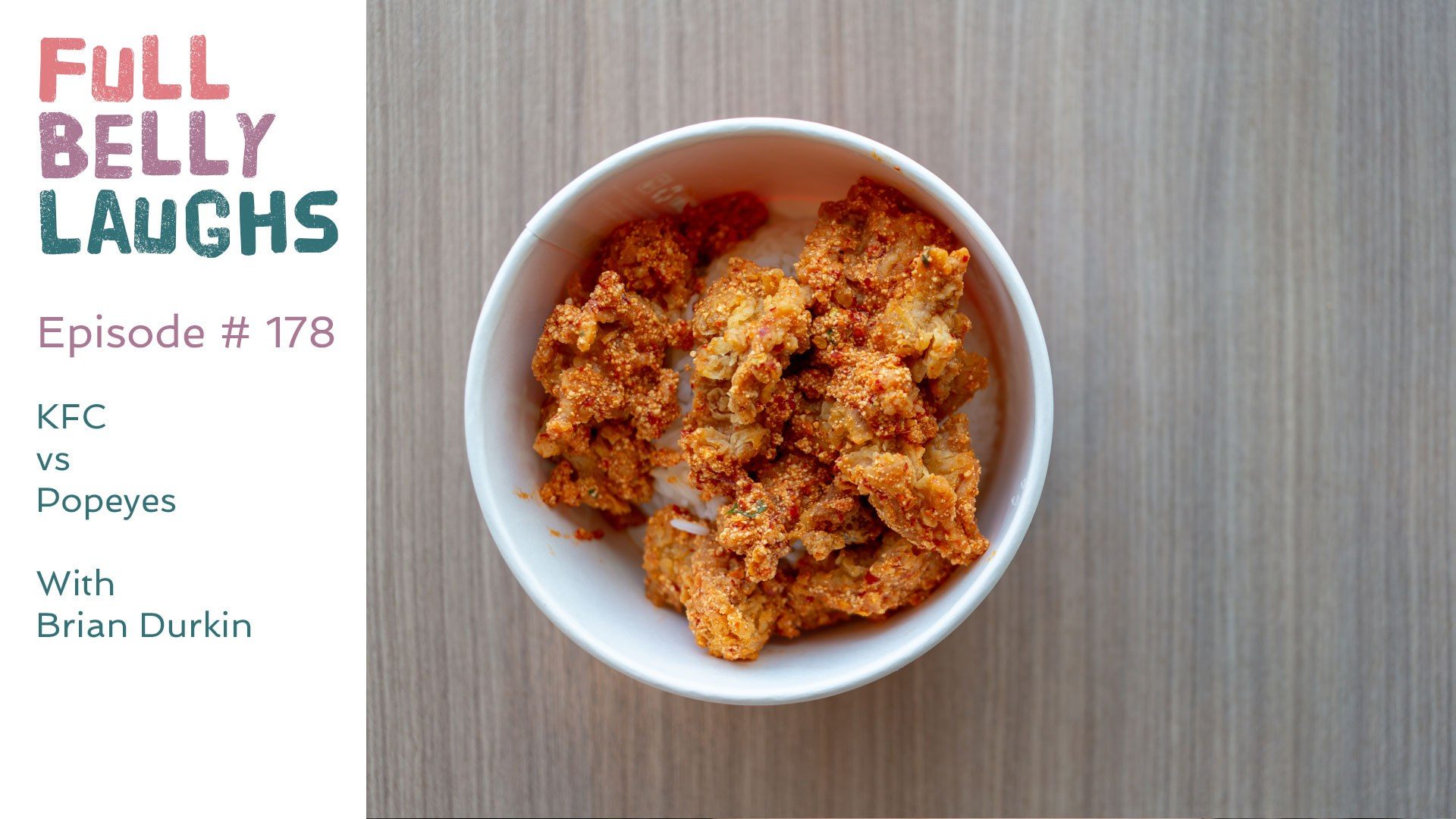 Host Brian Durkin gives his two cents about KFC vs Popeyes. He reminisces about the last times he remembers eating at these establishments. He tells a story about going to New Orleans as a youth, and tasting Popeyes for the first time. He also recollects the beginning of the Popcorn Chicken era. After going down memory lane, Brian reads several comments from fans of the podcast. The fans share their passionate opinions about which is better: KFC or Popeyes. After the discussion Brian plays a quick round of Punderdome before the battery runs out.

There seems to be two camps: people that value grease versus crunch. KFC tends to have a greasier taste, while Popeyes packs more of a crunch. Popeyes though has a Cajun flare to everything. If you're not in the market for blacked-style mashed potatoes, go to KFC. For the most part people enjoy the sides at Popeyes better, since they offer more varieties. However, KFC has the Popcorn Chicken and Pot Pie. They can not be dismissed easily. Finally it really depends on where you live. Popeyes near or in Louisiana will be superior to other parts of the nation. Plus both chains alter their menus at international locations.

KFC vs Popeyes: who has the best food?

Read about or listen to people debate the merits of Kentucky Fried Chicken versus Popeyes. Find out what matters you to and where you should go.