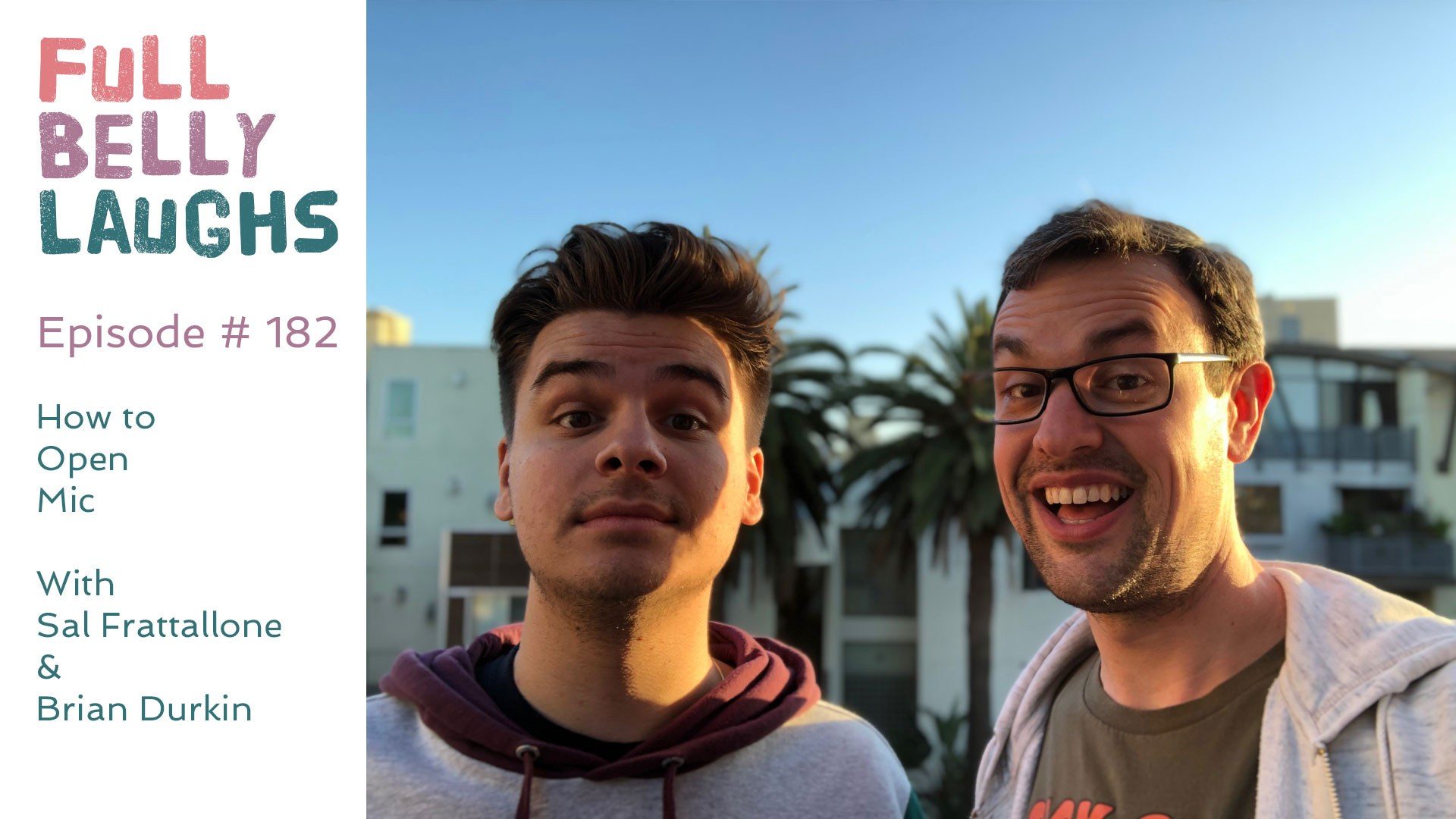 Use the audio player below to enjoy Full Belly Laughs Podcast Episode 182: How to Open Mic

Get your open mic game to the highest level, that way you don't have to do them anymore. On this episode we discuss the ins and outs of a good open mic performer.

Brian has been flying solo for a hot minute now - well actually for a bit longer - and the glorious return to guests on the cast is upon us. Welcome Sal Frattallone to the nation of FuBeLa. Brian and Sal have a great conversation about a variety of things, but they focus in on the open mic scene. As comics that still do these gigs, and help host these rooms, they run down the important dos and don'ts. After the conversation the guys play some Punderdome and Super Fight.

How To Do Well At Your First Open Mic

It can be scary trying out stand-up comedy for the first time. If you aren't popping your cherry, then this list of things to do hopefully is already second nature. If not, no biggie. Just start adding them in.

Two comics chat about what makes an open mic a fun time and a great show.

Comedian Sal Frattallone joins Brian Durkin on the podcast to discuss the ins and outs of performing at an open mic, and how to succeed.