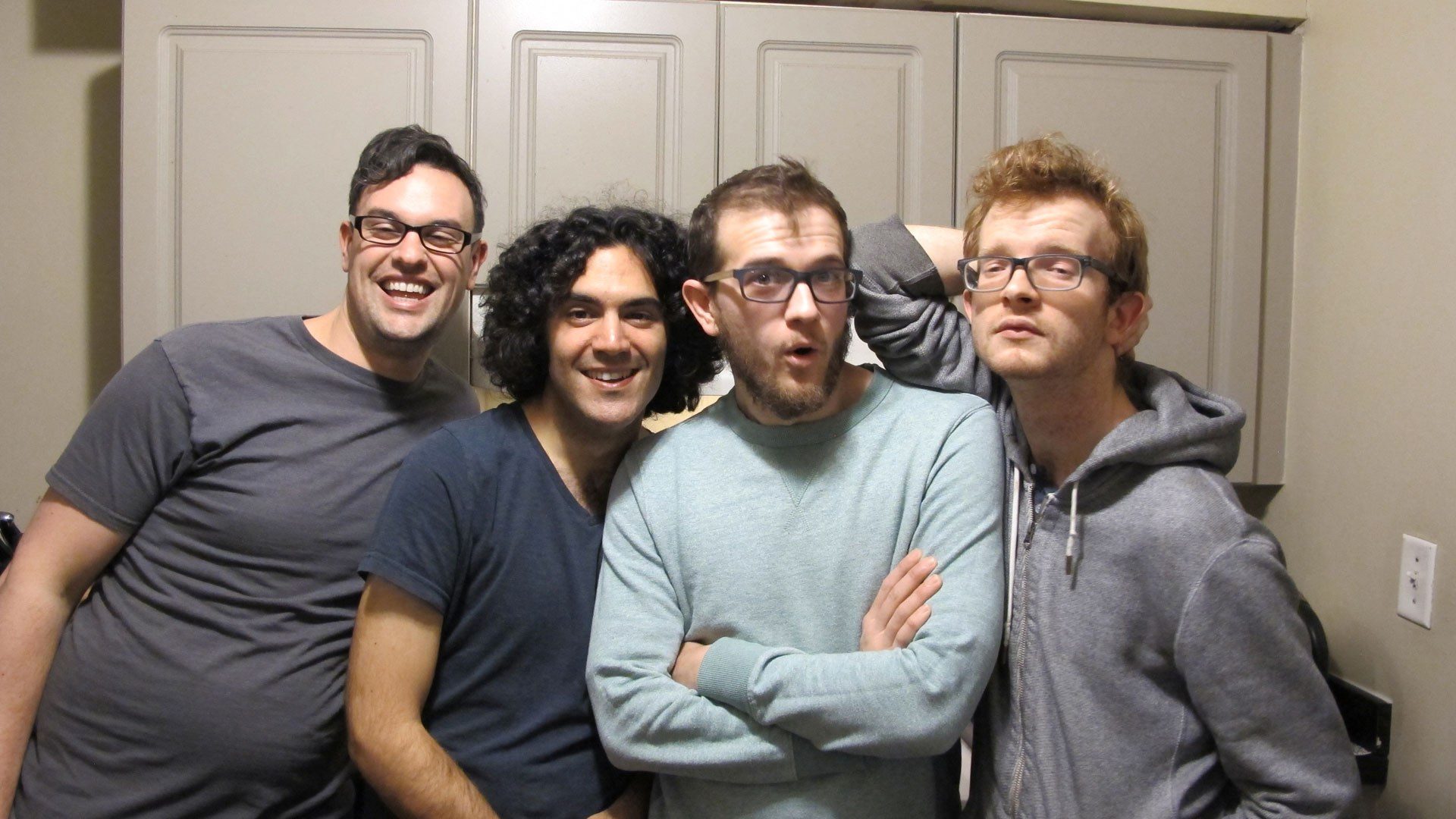 Use the audio player below to enjoy Full Belly Laughs Podcast Episode 50: How We Learned to Start Caring and Hate Trump's America.

Hate Trump's America? If you didn't vote for him, then you might be conserving water and canned goods like it's 1999. Many feel like the Mayans were only off by 4 years in predicting the end of the world. Given the day after the election they might be right.

The day after the new führer won the election, his constituents celebrated. Most people just posted on Facebook, but others did some really racist shit.Like championing the perfect mate for Bella, Team Trump believes they do no wrong. "I'm not racist," a Trump supporter will say. Much like how police have to tell you that they're cops, we of course can believe these claims. But even if the person saying, "I'm not racist," isn't racist, this Neo-Nazi is.And that's the problem libtards have been screaming about. Rights don't have to be a zero sum game. Yes Mr. & Mrs. White got their 200 pounds, and Middle America elected their champion. But any wish upon a Monkey's Paw comes with a price.

Like a mantra from Ricky Lake, many Americans nowadays feel empowered to say anything. With famous comedians saying PC culture is out of control, the Trump tide is engulfing safe spaces. "Freedom of speech, cuck," they say. "Triggered, pussy," they comment. Even celebrities like Azealia Banks got in on the fun by tweeting:

Sarah Palin needs to have her hair shaved off to a buzz cut, get headfucked by a big veiny, ashy, black dick then be locked in a cupboard.

The above tweet is totally a reasonable way to express disagreement with another person. And this is what the opponents of social justice warriors want. Anyone should be able to attack anyone else with the most hurtful language possible. Milo is a great example. This guy said so much racist stuff about a Ghostbusters actress, he got a perma-ban on Twitter. If only we didn't censor hate speech, then America could truly be great again.Well great for the predators. Sure a world where I could attack anyone I want without consequence sounds great. Just so long as they don't ever have the chance to attack me. Thanks be to the Based God for fake Reddit accounts.These "free speech champions" demand the protection to say whatever they want. They need their feelings protected while eviscerating the humanity of another person. So hop on their band wagon, or go home and cry into your participation trophy. "Haha. We won," they cheer as they ride off into the sunset of Trump's America.

Is the Apocalypse Inevitable?

Yes. Even if you and your friends that hate Trump's America thwart his advances, the planet's too hot. We won't prevent or reverse global warming because that's a NGP: next-gen problem. Most of us can't even keep a New Year's resolution. And now we're supposed to stop a global killer slower than Ativan-pumped zombies? Yeah, not gonna to happen.We can make sure our disenfranchised neighbors not lose any more rights. Hell we should be fighting for them to receive more. But for now let's just focus on the newest leader in a chair on the cover of Time.But just do things for the communities you care to protect. Actions do actually make a difference.

A Wild Group of Libtards Has Appeared

This is a picture of 3 comedians and some fat white guy in grey.

No live performances for Full Belly Laughs in the rest of 2016, but stay tuned. First week of January we are back at the Philly Improv Theater. But that's not even the big news! Starting early next year we will have new, original content on the site every dang day. It's going to be pretty sweet, ya'll.

As always thank you for listening and reading. You could have done anything with your time, but you chose to spend it with us. Thanks. It legit means a lot. See you next week for another episode of Full Belly Laughs.

Politically-charged comics drop by the home studio and can't help but talk about President Trump. Hear their thoughts now.