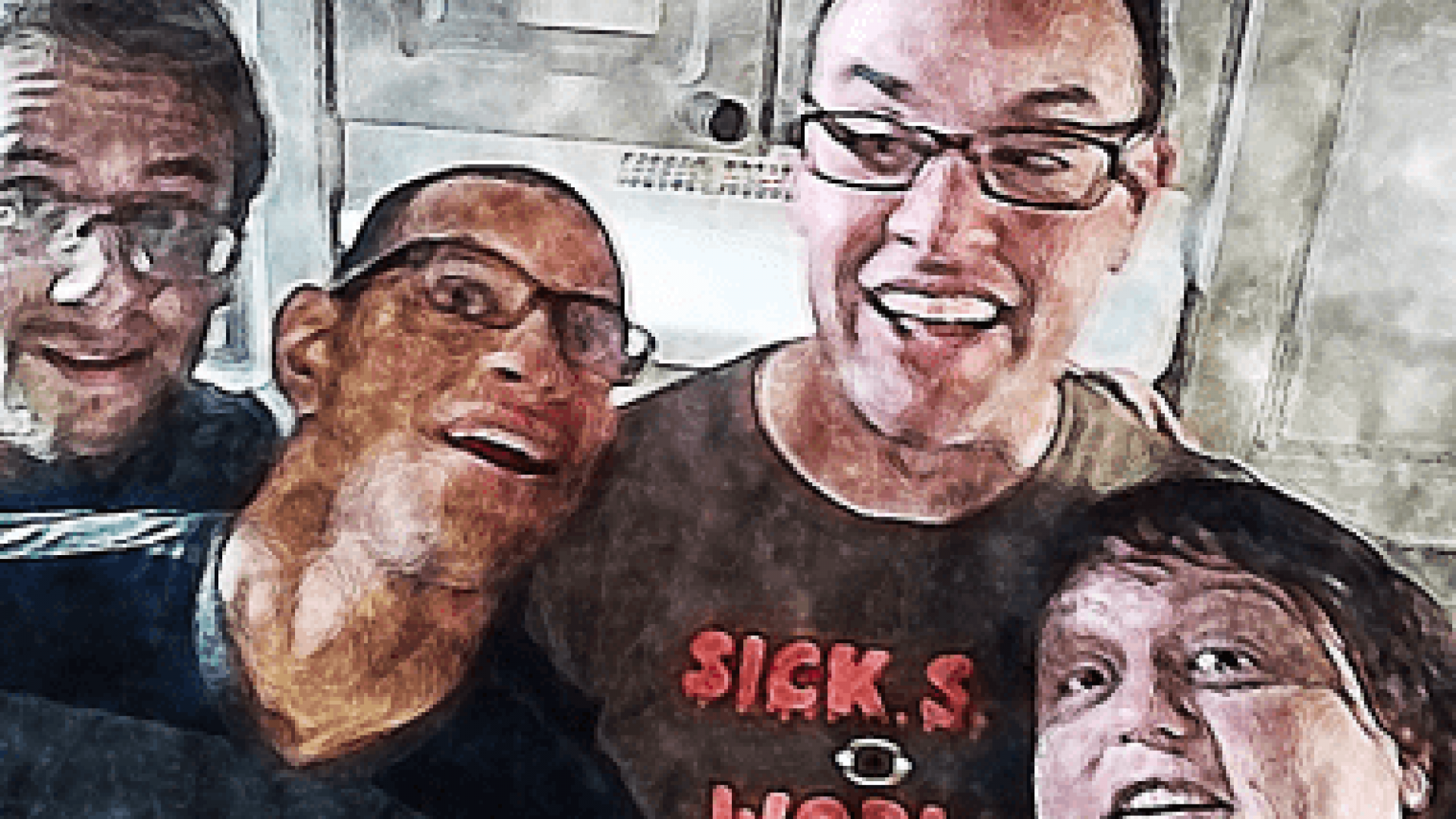 Today Brian cooked up a batch of mushroom spinach risotto. This week he's joined by comedians Pete Steele, Nicole Yates, and Christian Mangual. The gang chats about Fuddruckers. They also remain concerned with the jock population of the Full Belly Laughs listeners.

His hilarious comedy can be found throughout Philadelphia. A performer and producer on several Good Good Comedy Shows, Pete still has time to run one of the best weekly comedy shows in Philly: We Do! at Medusa Lounge. Stay on top of all his jokes and shows by following Pete on Twitter.

Nicole hosts the amazing food podcast "DidjaEat?". She also performs sketch and stand-up essentially everywhere. Stay up to date on her happenings by following her on Twitter.

Christian is not afraid to speak his mind. His super funny insights can be seen throughout the Philly comedy scenes. He also would love to tell you how Alanis Morissete "Ironic" is not ironic. Stay tuned to his yuk yuks on Twitter.

Did that dish sound dee-lish? Below is an approximate recipe for how Brian made this mushroom spinach risotto jawn.

Prep Time: 30-90 minutes based on your ability to chop up foodTools: Large sauce pan, another pan that should be smaller, and a thing to stir withCook Time: 30-40 minutes

Plate and serve. I recommend a bowl, but plates are dope too. If you want to add more protein to the dish, I recommend making Spinach and Feta Chicken Sausages.Come back next week for another hilarious episode and bangin' recipe.

Comedians enjoy some homemade mushroom spinach risotto while conversating. Hear the recipe or read it now.