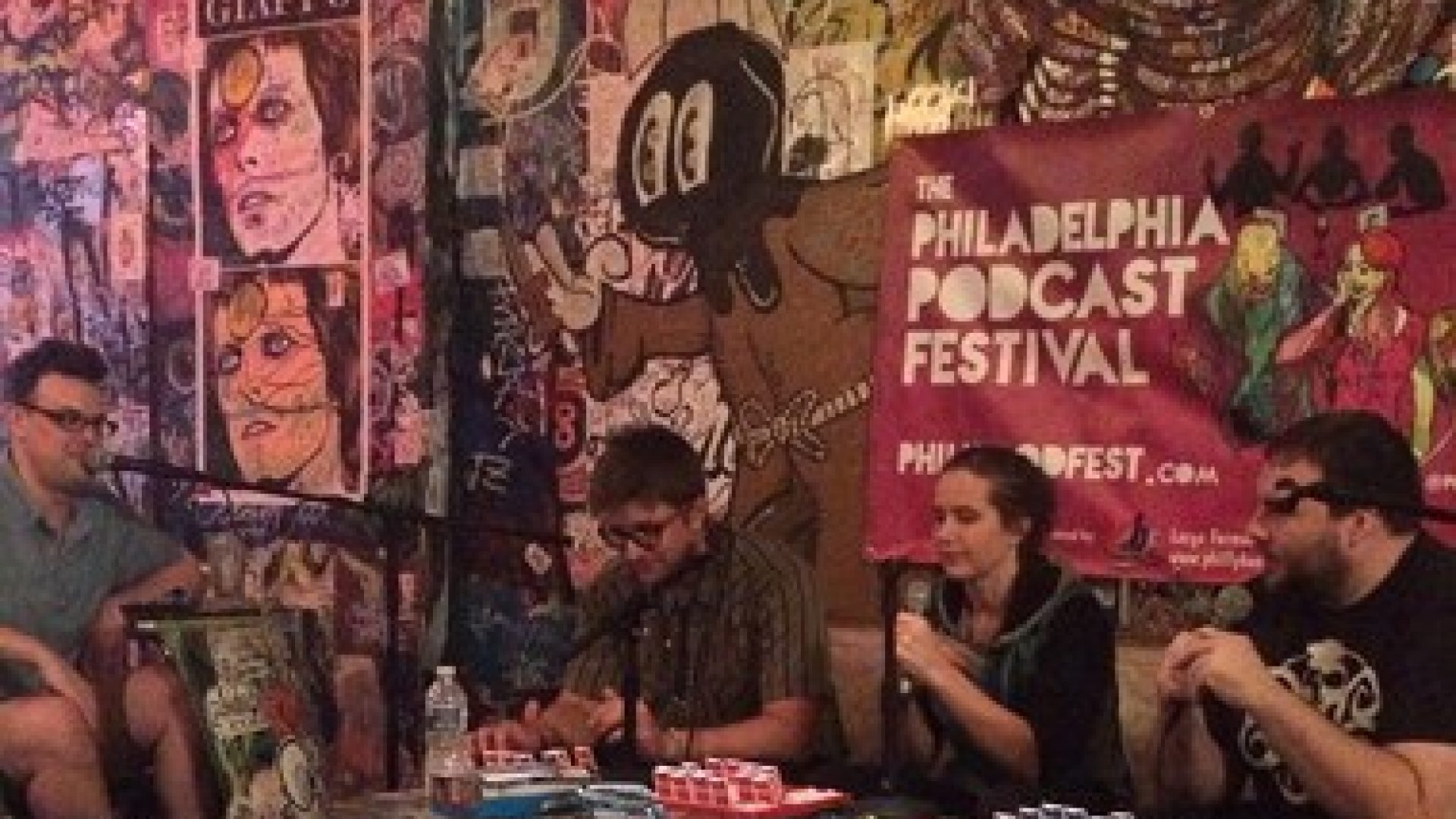 Bolo ties are a type of tie consisting of a cord worn around the neck with a large, sliding, ornamental fastening at the throat. That's according to Google, and we approve of their ability to know things.

Comedians Tom Hannigan, Abby Rosenquist, and Steve Miller-Miller join host Brian Durkin live from Tattooed Mom for the 4th Annual Philly Podcast Festival. The gang enjoyed some Warhead candies as Tom explained his disdain for Shake Shack, and Steve proclaimed his love for bolo ties. He even brought his custom-made flag to demonstrate his love for bolo ties.When the panel wasn't cracking jokes, they were asking poignant and hilarious questions during our Guess Who game. As of late we've been playing the classic Guess Who board game, but the comedians can't ask questions about physical appearance. Examples include "Did your character vote for Trump?" or "Is your character a men's rights activist?" Since we recorded this episode on Brian Durkin's birthday, the prize box was insane. We gave away a working color printer! Congratulations to Lisa for winning the printer and all the other prizes in the box.

Thank you to Tattooed Mom for hosting the Philadelphia Podcast Festival. It's a great venue and we look forward to returning in the near future. Here's all the people's you heard on the show:

Them Tatter Tots Though ...

Tattooed Mom keeps you dehydrated with great drinks, but at least your stomach is filled with awesome food. Tots were a popular choice in the crowd, and we can vouch that they rule. Plenty of dope items in general. If you don't feel like cooking, which is always, you should stroll down South Street and enjoy some good eats.

This is when we'll be live this month:

PHIT has been great to us and we like being great to them. Go see shows there. Lots of awesome comedy going on. If you happen to be at the theater for the late show on the first Thursday of the month, then you'll be seeing us.

Subscribe to the podcast so you don't miss an episode, and like/follow our jawns for bonus stuff.

Special thank you to Nathan and Teagan Kuruna. They do an incredible job running the Philly Podcast Fest every year. If it wasn't for them, we wouldn't have this great community of local podcasters.

Live performance of the podcast recorded at the Philly Podcast Festival.

Recorded live during the 4th Annual Philly Podcast Festival, the panel chats about their love for Shake Shack. Enjoy the podcast.