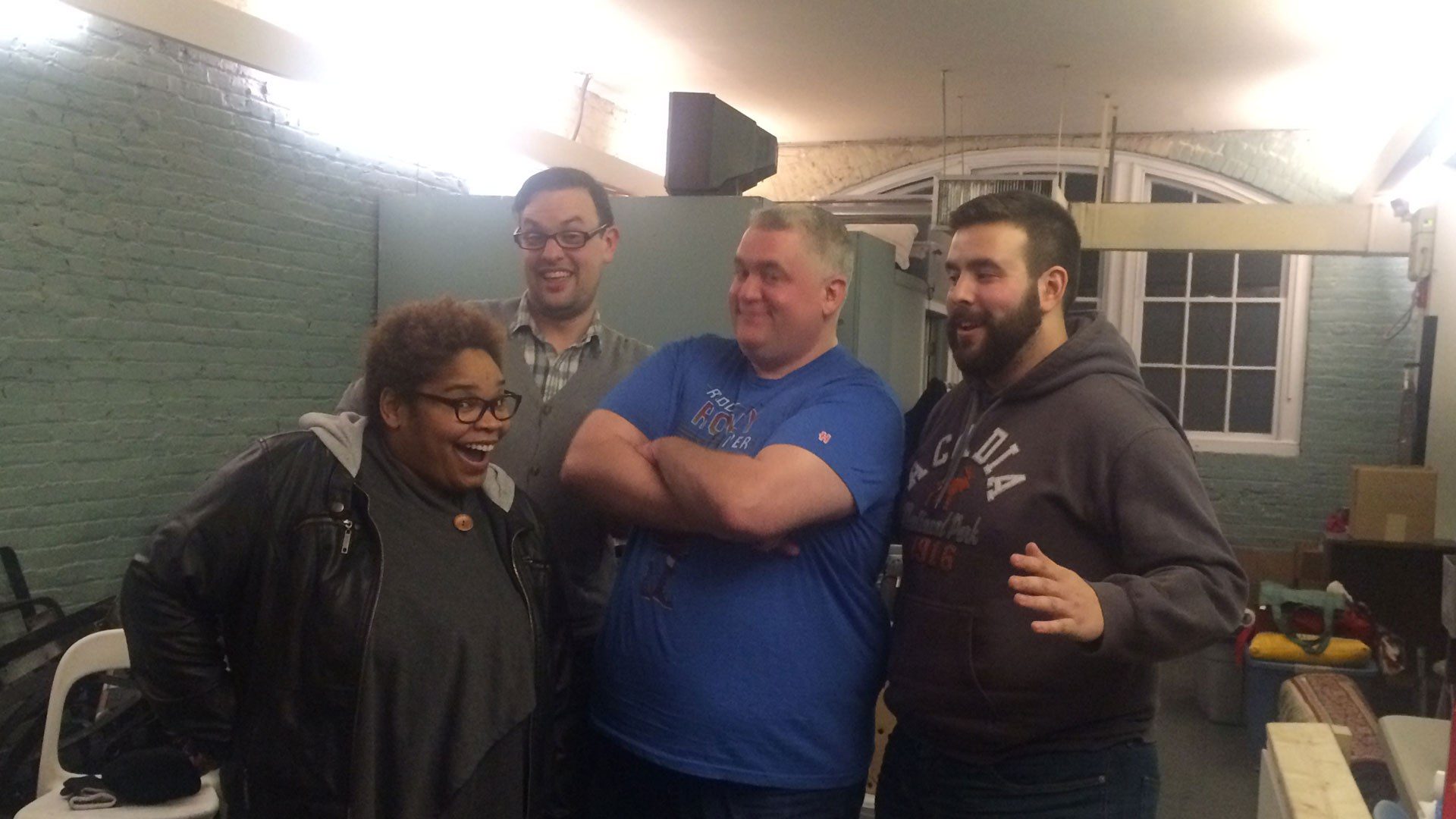 Use the audio player below to enjoy Full Belly Laughs Podcast Episode 56: Comedians Play Clue Board Game with Alternate Rules.

Listen to us try out the alternate rules with classic clue characters on the podcast. You can stream the audio in the player, or download onto your device.

When we play Clue on the podcast, we play our own house rules. Each player knows the who did it, with what weapon, and where the murder took place. The contestants need to guess the motive. The closest person to guess what the host wrote down wins. Check out our Podcast Board Game page for a more detailed version of the rules for our variation on Clue.

Even if you play the Full Belly Laughs version of the game, it's nice to start with the familiar Clue characters. Let's run through the usual suspects. We have our own theories on what these people are all about.

This creepizoid is Baron Trump all grown up. He only wears purple, which is the color of royalty. Also the fact that he insists that everyone call him "Professor" is rich kid obnoxious. And the spoiled crappy kind that just couldn't hack it as a "doctor" (of Literature).

A true matriarch, this no nonsense woman survived the old days of Mad Men men. And she lived long enough to start wacking them off. She's a freak between the sheets, and a murderer in the streets. She won't waste any time sending a minion to do her dirty work either.

A distinguished, but forgotten, war hero. He is no longer needed. Unfortunately for us his misguided rage and strength can't be put to use on the battlefield. Much like a retired star athlete that still has some dog in him. Back talk this man and prepare to be put in your place — a grave.

A former reverend in the UK, Mr. Green now enjoys rich profits as a dispensary owner in Colorado. His greed has the best of him though. Selling legal weed just isn't enough, and his business continues to grow beyond the confines of the law. It's best to know as little as possible as to not show up on this Heisenberg's radar.

She might seem pure on the surface, but Mrs. White is the type to kill you with ricin. Working in the service industry gives her all the ingredients necessary for murder. She will charm you until your blue in the face, and then watch you choke on your last breath.

If Jessica Rabbit could be a person, you're looking at her. Well the idea of Miss Scarlet. Not necessarily any person that cosplays as her. She oozes sexuality so deadly it will make you watch Fatal Attraction as a PSA. And don't expect to bang and live to tell about it. Miss Scarlet is deadlier in the bedroom than that creature from Species.

There is no law that says you can only play with the Clue characters. Use other famous people, fictional or real. Make up whatever scenario you want. On the show we like to imagine scenarios where the Clue characters kill each other. Do whatever works best for your group.

Hey fam. If you enjoyed listening to this live show, you should come out and see it in person. We do this at least once a month. We used to be 1st Thursdays late at Philly Improv Theater (PHIT). But now you can catch us every 2nd Thursday at 7:30 PM. Check out our event page to learn more.

Thank you as always for supporting Full Belly Laughs. You could have done anything with your time, but you chose to listen to a comedy podcast from Philly. And you even picked us out of all the other Philly comedy podcasts! Thank you. See you next Tuesday for another episode.

Live performance of the podcast recorded at the Philly Improv Theater.

Recorded live from the Philly Improv Theater, the panel plays the Clue Board Game with some fun alternate rules. Take a listen.