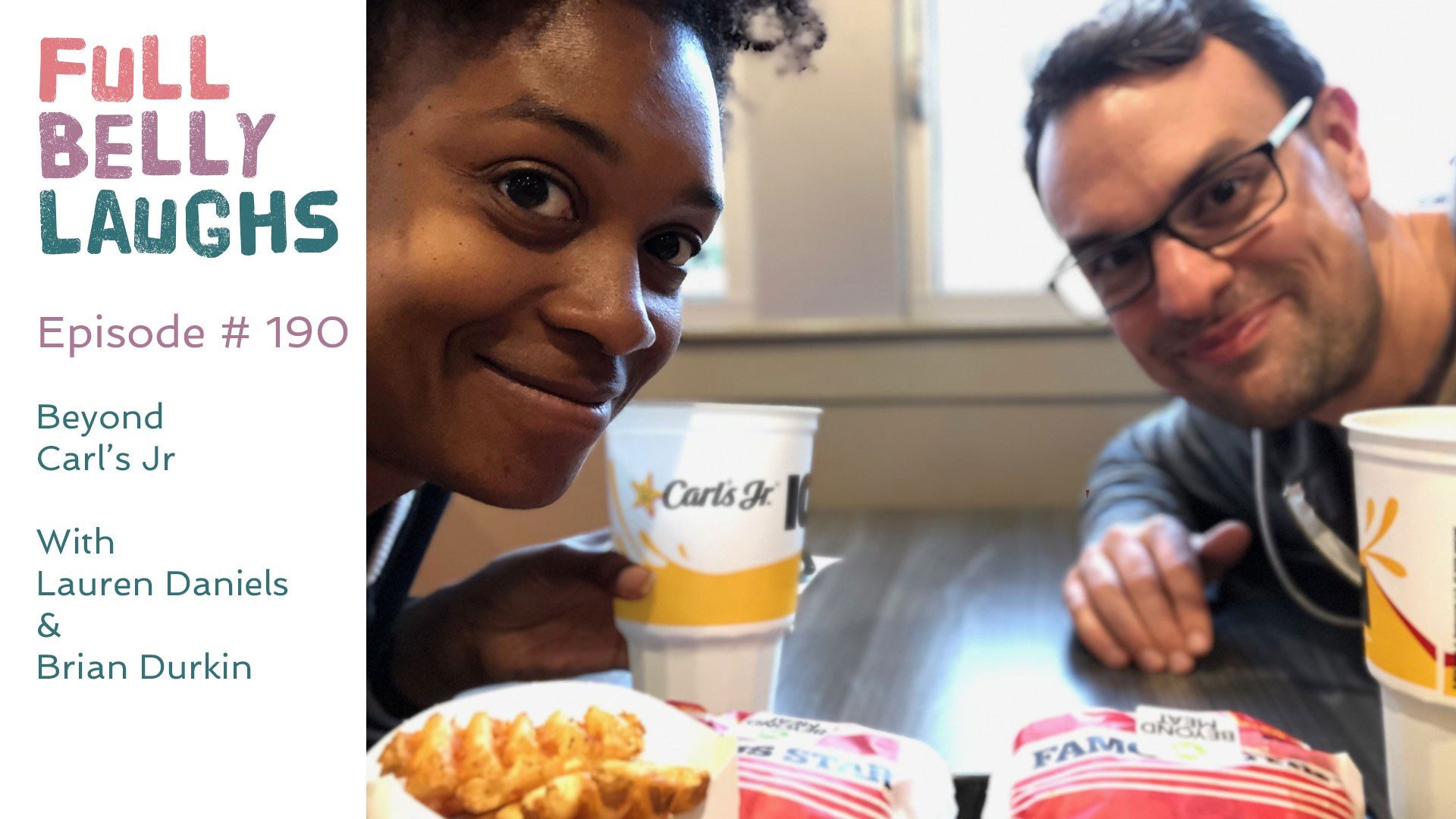 Use the audio player below to enjoy Full Belly Laughs Podcast Episode 190: Beyond Carl’s Jr

Lauren and Brian rented scooters to get to Carl's Jr. There isn't one in walking distance of their domicile, and they just couldn't wait to get in on the plant-based action. They arrived onsite and took in all the sights and smells. It was their first time at Carl's Jr, and they were "beyond" excited. When they reached the counter they order large drinks, and whispered "Beyond Upgrade" to the cashier. He didn't really hear them, so then they ordered at a normal volume. They paid. Food arrived. They ate. The end.

The Beyond Burger at Carl's Jr is a legit veggie and vegan option. In order for the sandwich to qualify as vegan, be sure to get no cheese or sauces. Also if you get a side order of something, don't be fooled by the fried zucchini. This is a trap for the vegans of the world, because it's actually not vegan. If you can avoid this pitfall, the experience was quite solid. Lauren and Brian were happy to report good times at Carl's Jr. They enjoyed the Beyond Burger and the fast food restaurant's plant-based options. It used to be rare that places like this would provide something, so it's nice that it's more common. It's not going to be the best Beyond Burger you've ever had, but it's better than not eating if you have dietary restrictions.

Let your people know about this awesome episode. Share Best Beach Food on any one of these social media platforms.

Let the world know how you feel about FBL. 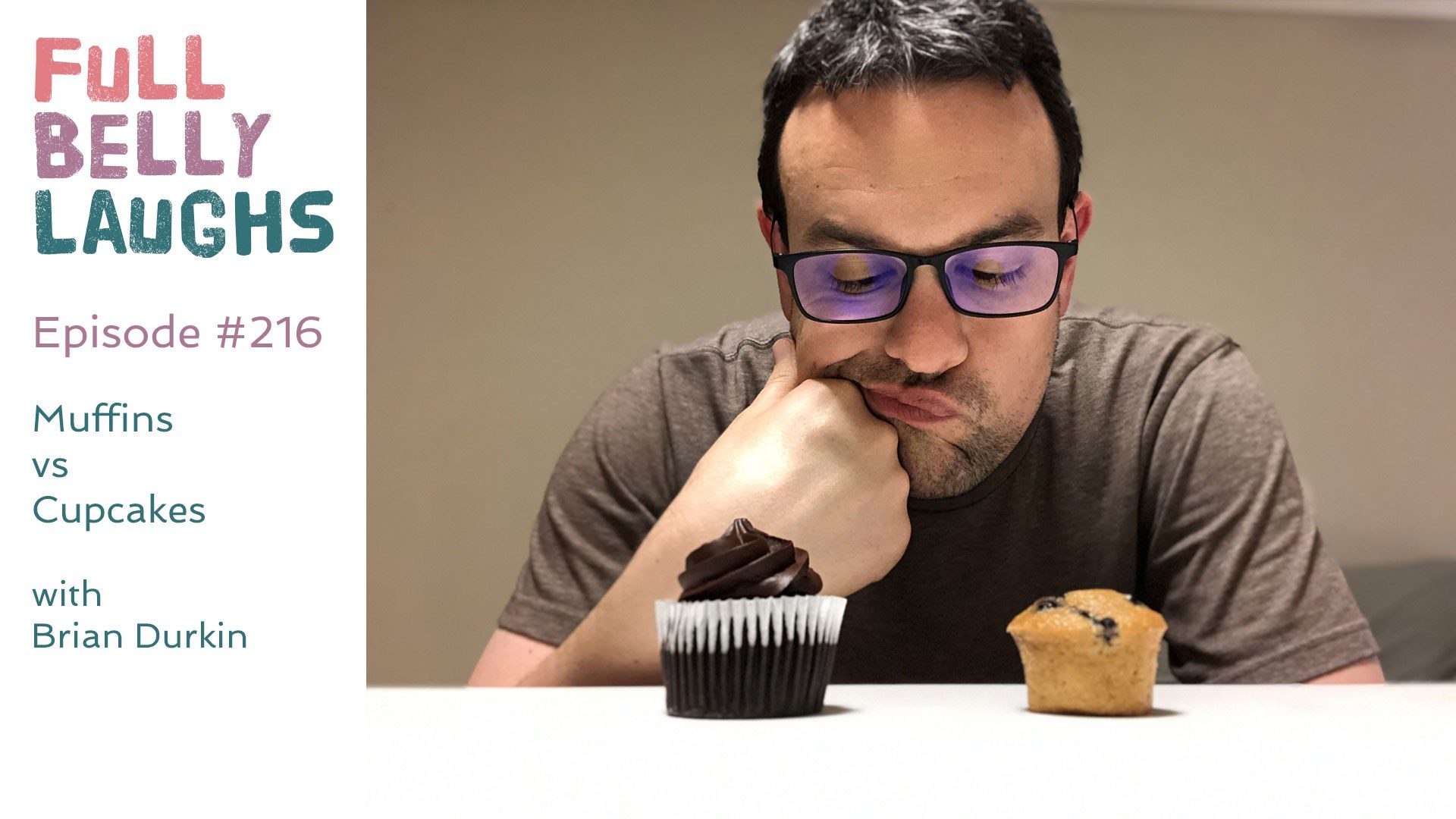 Change a couple of ingredients and whip them together differently and ta-da, you got yourself a muffin or a cupcake. Which one is better to have? It depends on the time of day and the flavors you seek. Learn more as we dive into it.