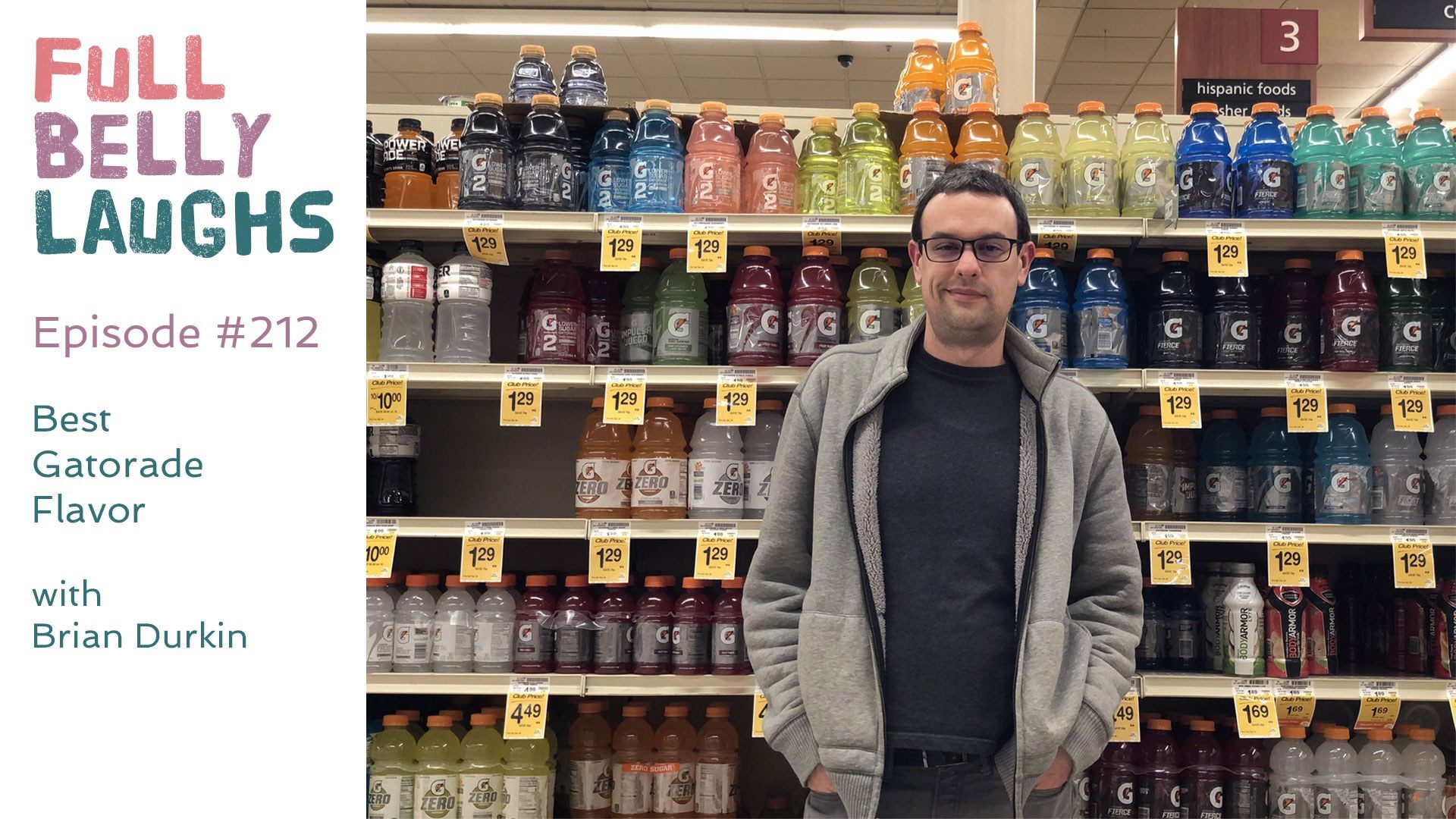 Ranking the Best Flavors of Gatorade

On this episode of the podcast, Brian chats about his feelings on Gatorade. He reminisces about coming up with it as a kid, and what it does for Americans at large. After his comedic riff, he reads several comments from listeners about their favorite flavors. Finally the episode closes with a great, quick round of Punderdome.

Life is all about input and output. When you burn calories, you need to replenish your body with goodness. That's where Gatorade shines brighter than the sun. Nothing burns calories like sitting at home, watching TV, and ordering delivery. Getting a 2-liter of soda with that wings and pizza order will leave you drained; however, if you swap out the soda for Gatorade, well now you'll have enough energy to call for more delivery after this meal. That's the magic of this drink that no other beverage can really do.

Gatorade Ranked By People that Love It

The beauty of Gatorade is that in comes in a lot of shapes and sizes. It's also meant to be served so cold you can't really taste the flavors. That said, picking the right flavor says a lot about you as a person. It's like you house in Harry Potter. Many votes were all over the place, but overall Glacier Cherry Red came out on top. One individual really broke down the key list of best Gatorade Flavors. It only makes sense to end on his words of wisdom (note S tier is the best).

S tier: Gatorade Fierce(all 3 flavors; Grape, Berry and Melon)
A tier: Riptide Rush, Glacier Freeze, OG Fruit Punch, Kiwi Strawberry
B tier: Cool Blue, G2 Grape.
Trash flavors: all the orange and lemon lime garbage and most of the diet and low calorie flavors(Zero and G2).
Having played alot of sports as a kid I drank A LOT of Gatorade and tried MANY MANY MANY Flavors. I ranked the top main flavors but the greatest flavor of all time was discontinued and that's Gatorade Midnight Thunder. It was a BlackBerry flavored drink that was so good it's insane. They have a different blackberry gatorade now but it's not the same.
-Jason from Berlin, New Jersey