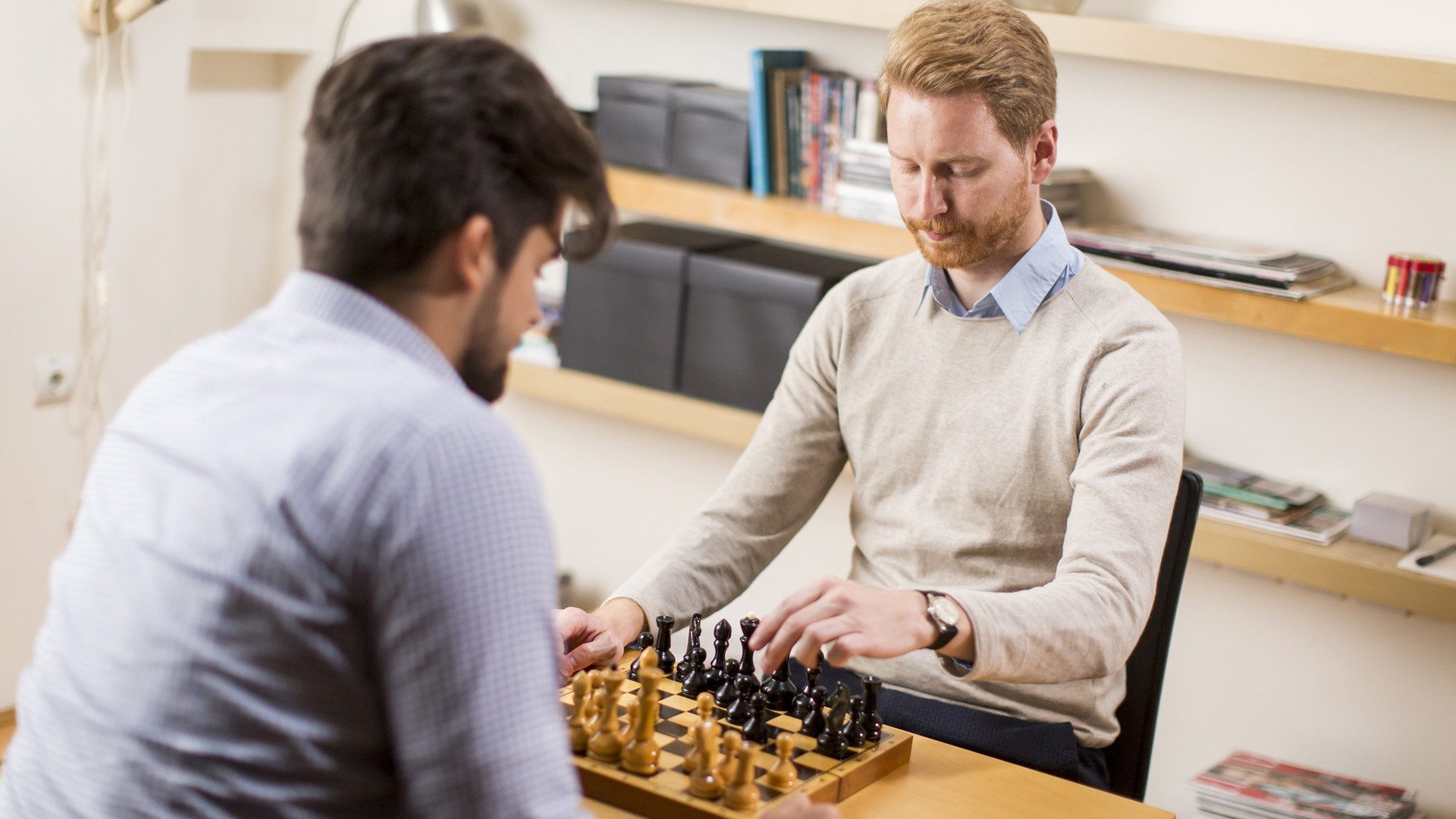 A few classy tweaks to board game house rules is all you need to get a piece of that sweet, sweet 1%. In recent years, as I repay my student loans, grasp for health insurance, and couch-surf my way to adulthood, I’ve been aching to see what it’s like at the top. How is it to live like the Gatsbys, the Rockefellers, and Zuckerbergs of this world? Light up your cigars, powder your wigs, and follow me into the gaming salon post haste! King me good sir! Chesser's revolution of board game house rules.

2 players. Ages 3+ . Playtime: 0 - 3hr. The original first-class upgrade, 'Chessers' is checkers played with a chessboard and pieces. Enjoyed by children for generations, 'Chessers' is most often played due to a lack of checkers. Or it's played when participants don’t know the rules of Chess. I recall many a game played while visiting my Nintendo-lacking grandparents. Whether you enter a rousing match at a coffeeshop or poorly-supplied waiting room, be happy you are now a player of esteem and prestige. Hmm, what an austere representation of the human condition.

3 or more players. Ages 5+. Playtime: 0hr - worked up a well-deserved siesta. A game of quick scribbles, emphatic guessing, and often squabbling over board game house rules. 'Pictionary' has forever been a favorite in the group game category. If it seems too much of a raucous good time, some adjustments can put you on the train to classville, private dining car and all. Instead of points awarded for the successful guess of a drawing’s theme, the artist awards the person who best reviews their art like a modern critic. The more vague and pretentious the better! First, a member of team 1 creates a masterpiece in any medium of their choosing. Teams 1 and 2 choose a representative who writes out the most pretentious review imaginable. Next, the artist reads the reviews aloud and decides on a winner. For example:

“The use of primary colors is reminiscent of early Mondrian. and the obvious vitality of the squiggles suggests fulfillment in life, while at the same time screams out in primal fear of one’s mortality.”

The winning team gains a point and the losing team chooses a member to creates a new masterpiece. The process repeats until all pieces become derivative. The team with the most points wins. There is a $3.00 service fee to use this ATM, press OK.

2 to 4 players. Ages 8+. Playtime: 10min - the board become saturated in hateful tears. One of the classiest games ever designed, the goal of 'Monopoly' is to accrue the most wealth through property management. A few friends are lost in the process, but as any captain of industry knows, that's the cost of good business. Hasbro had close to the perfect board game house rules, but forgot that the epitome of wealth is not through land, but through the control of money! Each player owns one of several major banks, including Wells Fargo, Chase, TD, Citigroup, and Bank of America. Spreading atms and branches, players gain wealth until only one bank remains. Players can still choose from a variety of lovable new gold plated pieces, including an Amex card, an island tax haven in the Caribbean, and a boot... full of caviar! One last alteration turns this into bourgeoisie dream, no jail time. Players spend one turn at the public apology podium and return to the game a "changed" CEO. What a fantasy world where bankers could go to prison. Oh Hasbro, you knucklehead. Get the hose Randolph, the workers are revolting.

1 or more players. Age 3+. Playtime: 5min - the development of a laborer's callous. The goal is to construct an oil pipeline across pristine Alaskan wilderness. All the while avoiding protesters and exposure by the liberal media. Players start the game with 3 police cards and a mallet. Player 1 places a pipeline pieces atop any block on the left side of the grid. Next, roll the protester die to determine if a throng will gather in the square directly in front of the pipeline. If so, player 2 must build around them, or spend one police card and attempt to mallet the protesters out of the board. But watch out, if the master block falls, the liberal media will release footage of the abuse and the game is over. Play resumes until the master block falls or until a player extends pipeline to the right side of the board. Do you feel that extra heft in your coin purse? Do you desire wearing 2 monocles instead of glasses? Congratulations, you have joined the ranks of the 1%, and with a few classy changes to board game house rules. Now I must excuse myself, there’s a pipeline that simply won’t build itself. Excelsior!