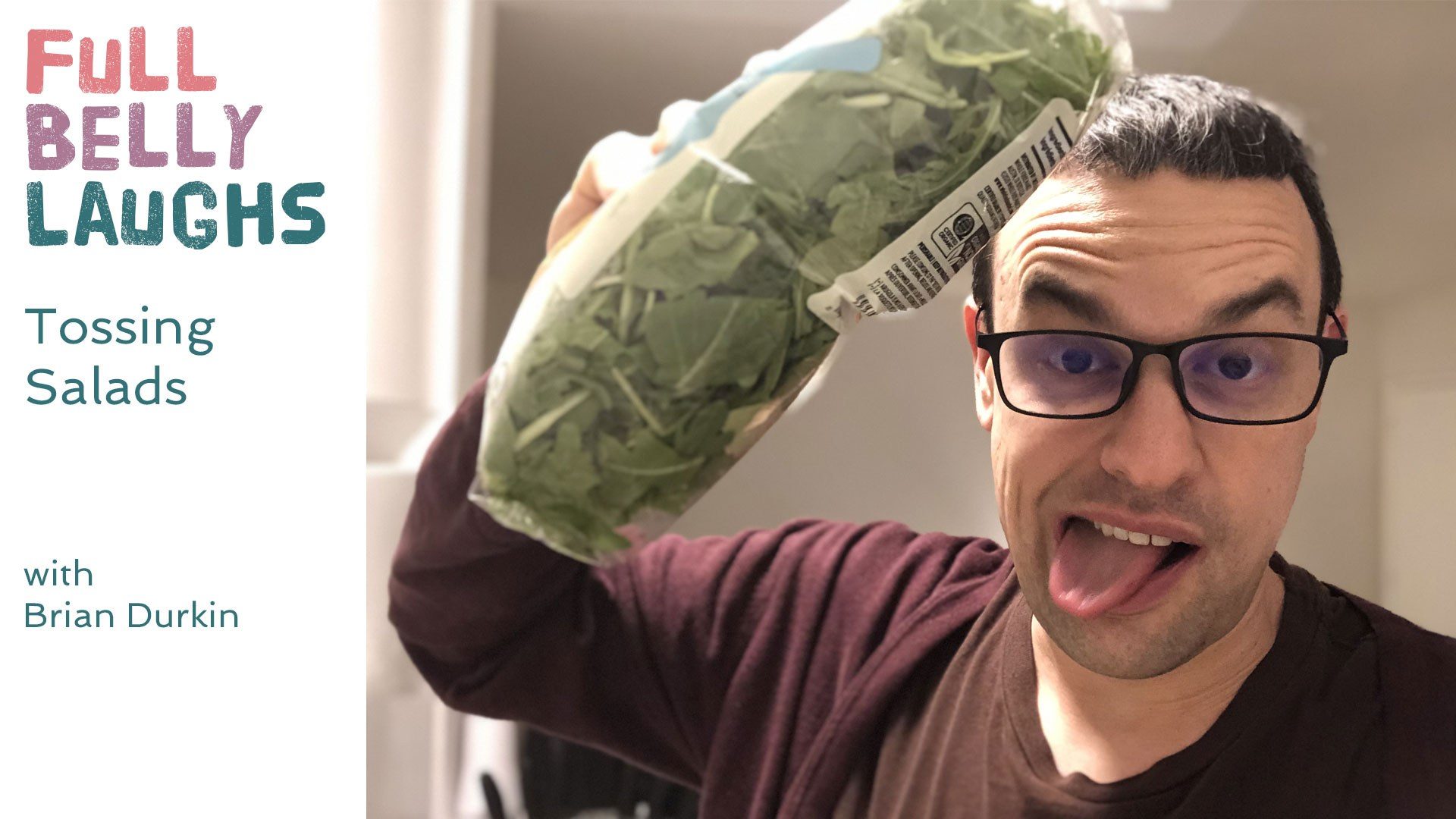 So many salads to choose from, so which one is your favorite and why? That's what we asked the people, and their answers were quite varied. Comedian Brian Durkin responds to their comments and sprinkles in his own hilarious commentary on the matter. Towards the end of the program he talks about a common cognitive bias and plays a round of Funemployeed.

It's a classic salad, and it's no surprise that most of the fans voted for this rich green dish. It's got cheese, bread, and sometimes fish. What's not to love about a Caesar salad? It's named after a famous emperor that was murdered. That just makes the salad even cooler. Plus it's a real enterprise, someone getting a dressing to sponsor the salad full time by changing its name to Caesar. Pretty incredible stuff.

Did you enjoy our coverage of the Optimism Bias? Check out the site yourbias.is.