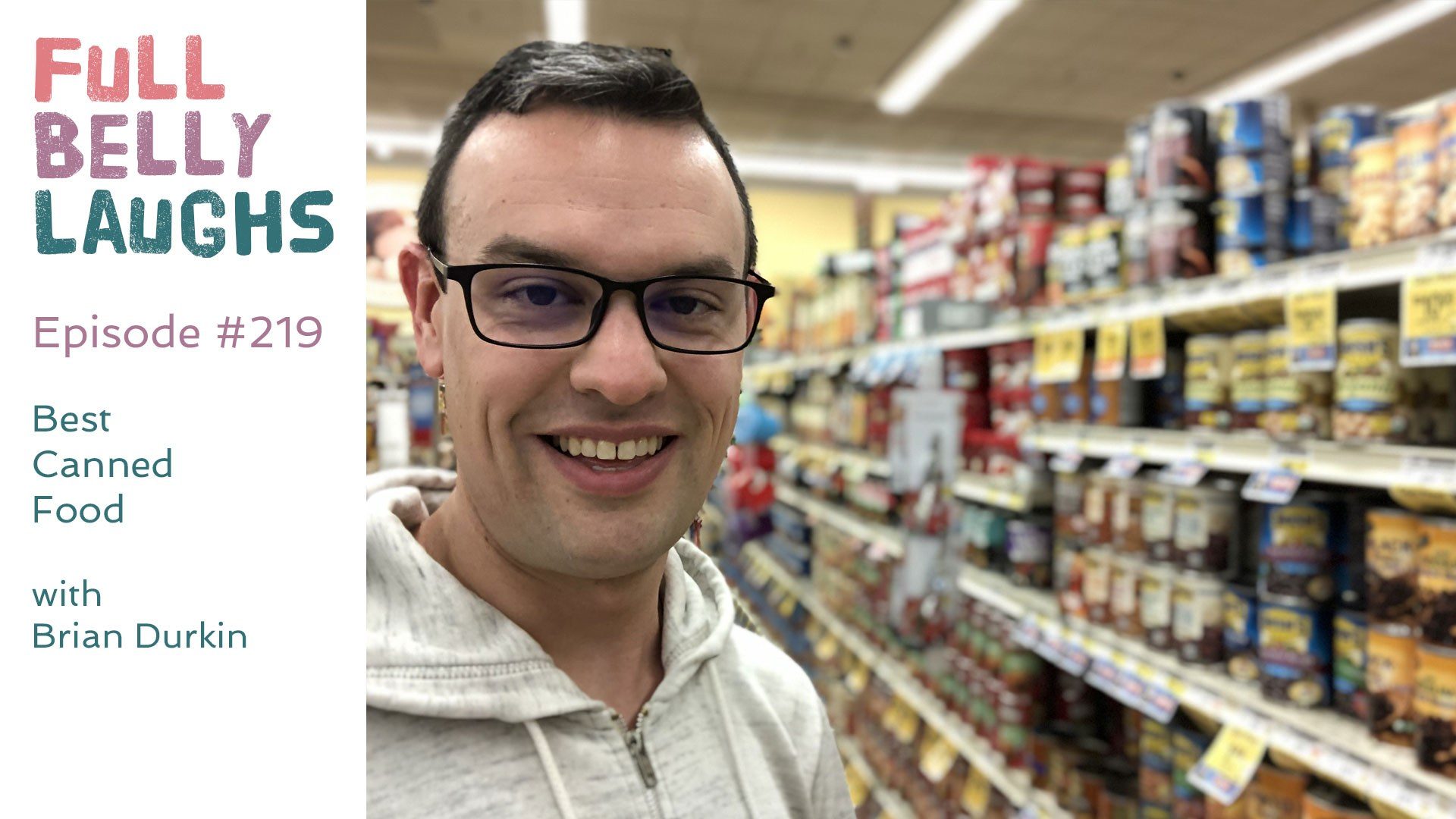 Canned Food Debate: Which One Is The Best?

On this episode of the Full Belly Laughs Podcast, Brian goes to the people to find out which canned food is the best. The answers are comprehensive, and will also surprise you. The episode also includes some coverage of a classic logical fallacy: the Strawman argument. it really drives home the silly "ad" reads about a new dating app called Sola. In typical FBL fashion, the cast ends with a funny round of Super Fight.

There is a wide range of canned foods to choose from. It really depends on your preference and upbringing. Most of the people in our social media poll chose Chef Boyardee products, because of the nostalgia factor. Many contributors to the poll nominated niche products, like particular banned of canned tuna or fried rice. The best suggestion from a comedy perspective was the canned sandwiches. That's right. You can get a PB&J or a honey BBQ chicken sandwich right out of a can! Quite a beautiful world we live in.

Here's a quick list of the top ranked canned foods from our poll:

For real, beer is an amazing answer to this poll. If more people considered beer a food, this would probably win outright.

The Fans Make It Possible

Special thank you to everyone that made this episode possible. The fans of Full Belly Laughs (aka the citizens of the FuBeLa Nation) really make these polls fun. Thank you!

The #FBLRecommendation this Week is Lessons From the Screenplay. The video mentioned on this episode is "The Last of Us".

Did you enjoy our coverage of the Strawman logical fallacy? Check out the site yourlogicalfallacyis.com.